We Need to Stick to Our Values 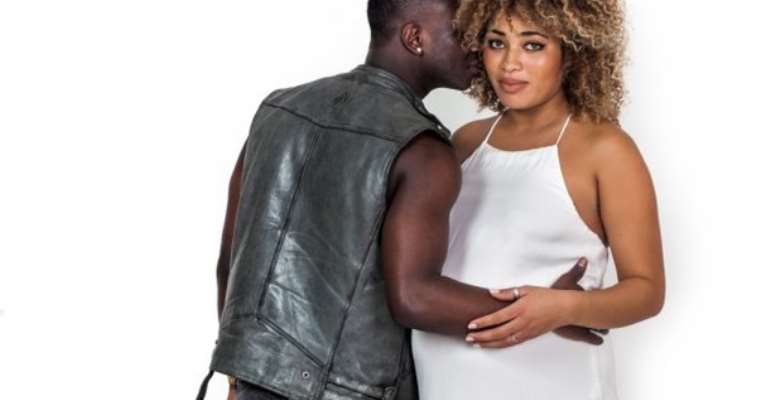 It has often been said that parenting is one of the most difficult jobs anyone can engage in, but possibly the most rewarding as well. Many people assume that parenting actually starts when children are born and their dads and mums begin to bathe them, change their nappies and clothing, feed them and put them to bed – all of that. In actual fact, parenting skills come into play the moment the woman notices she is pregnant.

The man must understand from that moment that his woman needs as much support as he can possibly offer her, especially moral, emotional and psychological support. Such support could include taking her out for a walk from time to time, keeping her company even in the most unlikely places like the bathroom and the kitchen, helping her out in most domestic chores, making sure she does not lift heavy objects and so on. The ability to take on these responsibilities is an early sign that the man is prepared to be a committed parent when the child is eventually born. But that happens only when a couple is married in a socially recognized setting such as in court, tradition, church or mosque.

Unfortunately, that is not what normally happens these days because the concept of family and parenting has been so altered that it is almost difficult to conceive and consolidate what can become acceptable in the society as the right or wrong way to bring a child up.

In contemporary African society, most young people are not usually married in a socially recognized way these days but still, many young women get impregnated by largely unemployed young-adult men who roam the village and town streets, looking for how to engage themselves. These women give birth to babies whose biological fathers don’t care to take on their responsibilities because they don’t have the wherewithal to do so. And in some cases, they abscond from their homes the moment they are told the girls are pregnant, only to surface and keep their distance when the children are born.

Consequently, for this group of young “parents”, parenting and parenting skills flow with the winds far within their easy reach. So, actually, only a very insignificant percentage of parents know even what parenting is all about these days.

Some months back, I was in Nigeria for a long vacation and I discovered that almost every young-adult female from the age of 16 upwards was already a single mother. It was a great shock to me because it was not the culture of my people to get pregnant outside wedlock. But surprisingly, just about all of the young girls in my village and neighbouring villages had suddenly become single parents. Particularly shocking was the pathetic case of my former cook.

When I left back to England, her uncle took her to the city. I phoned her from London to inform her I was coming to Nigeria and would like her to come back to my house. She said she could not, that she was comfortable where she was, working as a salesgirl in a grocery shop. I said that was fine. I had no idea she had become a single mother.

I came to Nigeria and she visited me with two kids. Apparently she had them within the two years I was away in London. She tried to convince me she had married their father but things hadn’t worked out well and they separated. I knew she was lying because that was what everyone of them, single mothers would say in self defence.

But that was not even the issue. Being a single mother was not a crime by modern standards. The real problem was that most of these school dropouts who could not complete their secondary school education and resorted to becoming pregnant for absentee fathers were motivated by their peers to follow the standards of developed countries because they were told by their friends that if they had babies, the government would offer them free accommodation, at least for the sake of the baby. And they bought the idea in its totality. But that can only happen in England or America. In Nigeria the case is different. 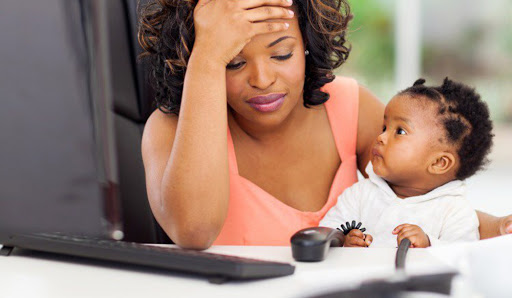 No government-sponsored accommodation for single mothers in Nigeria

Which government in Nigeria would offer you free accommodation because you had a baby who never knew his or her father? That is as insensitive as young women have become in Nigeria. Why would anyone who does not want to have an accidental birth-delivery not have protected sex? The only deductible reason is that they want to be like the Joneses, even when they know full well that the systems are widely different and incompatible.

And so these children, born outside wedlock begin early in life to “find their way”. Bred under the most abnormal or no parenting skills at all, they soon become a problem to the society they are supposed to belong to. They begin early to do drugs and live by street and gang laws. And we ask: could all this be because state and federal governments have not been able to direct them better into living productive lives by making middle manpower jobs available to them? That may be part of it. But mostly, these conditions are the result of the influence of American and European evolving cultures.

Sometime ago, I read an article in Time magazine authored by Kate Stelnmetz titled “Beyond He or She.” In that narrative, she spoke glowingly about how America’s new generation had succeeded in redefining the meaning of gender as a growing number of them moved beyond the idea that we live in a world where sexuality and gender come in only two forms – male and female.

Today, they not only have lesbians, gay, bisexual and transgender [LBGT] fighting for equality in law, they have recently added the queer gender group to their listing. They even argue that LGBTQ people who are able to blend in with societal values are gaining more respect. 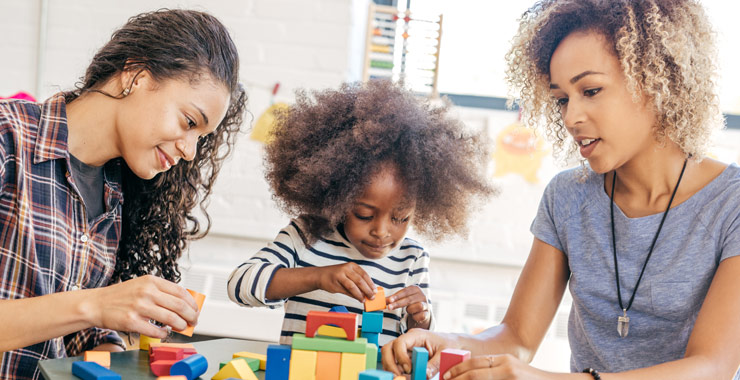 A gay family, regarded these days as the ‘modern’ family

In that way, the idea of parenting and the use of parenting skills are stressed out and made more or less irrelevant to the contemporary traditional family values. The truth many people either don’t know or are underestimating its impact is that traditional families and their values are under very serious attack by the so-called modern families.

What we see in Europe and America today are just the beginning of a social revolution that will eventually put the world in a comatose situation with its head down and its feet up, and humanity enmeshed in total confusion.

For a long while, many countries that were committed to Christianity and Islamism resisted this urge to depart from the values of the traditional family, even in the face of threats by America and Europe to withdraw their economic aids to the countries in Africa which refused to recognize gay relationships.

But most Africans, like my poor self, also had our doubt that at some point, judging from the way things were happening, our people could jettison the old ways of doing things and settle for the so-called modern standards. That doubt was expressed in my article published in the Modern Ghana and The Nigerian Voice Newspapers of 7 July 2015 titled “In a matter of weeks: how will the pendulum swing?”

Today, that fear is gradually being justified. Despite the seeming stiff penalty that the Nigerian legislature stipulated for people convicted of sodomy, more and more Nigerians are getting involved in gay relationships.

Remember the recent controversial case of a 49-year old man who lured a 12-year old boy and sexed him so mercilessly that he caused a great damage to the young boy’s anus? The boy was sent to hospital. He needed several surgeries to stitch back his anus together and in the process the boy died.

The case went to court and surprisingly or not so surprisingly the criminal was given a month’s jail and a fine of N30, 000.

In this country, I even understand there is a pop where rich men pay heavily to have sex with various types of animals. And you begin to wonder: what kind of life is that? But it is happening, in our “civilized” world.

In all this I find that man is daring nature, daring even God. But the battle is not God’s. It’s ours, the believers because He has given us authority over Satan. We inherited that authority from Jesus Christ. And we must use it to fight these dark forces that are bent on ruining our families and the family values we cherish so much. The key is prayer. A family that prays together stays together. But we must also realize that even as Satan goes to Church to look for converts, so he can also visit our families during prayers to dislodge our focus. It is a battle and the sooner all true believers put their resources together to fight this battle the better for the traditional families. 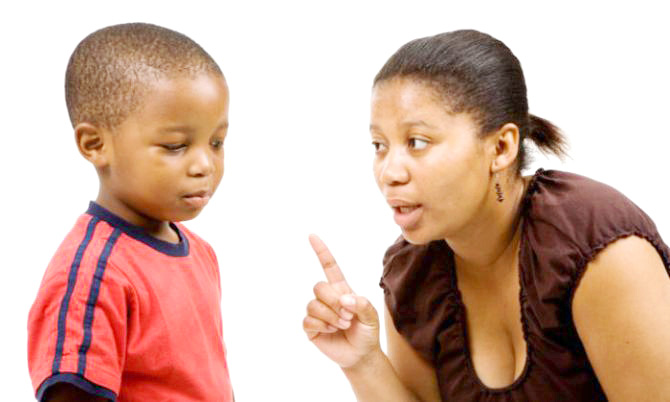 Teach a child the way to go

Even here in England, there are traditional families of one male husband and one female wife and their children, if they have any, who have bluntly refused to give grounds. We stand shoulder to shoulder with them, encouraging one another. We may not win the war as it races like a hurricane across the globe, its proponents sharing money to those who are willing to go any length to have it. The best we can do is to stand our ground and ensure that through our prayers we are able to keep our families and our traditional values intact and beyond their corruption.

We know we are in trouble. But we will not give up hope. They can call us underdeveloped or even undeveloped. They can tell us we belong to the ancient times, to the Old Testament tradition. But we know better. We know that Satan is at war with true Christians. We know that Satan even goes to Church to look for converts. Our people need deliverance. We need deliverance from copying everything the “civilized” countries are doing and believing they are always correct. Human beings can never be always correct. So, we need to stick to our own values.