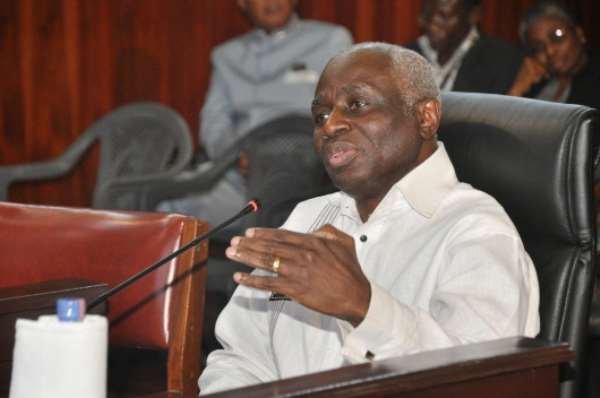 Legal luminary Tsatsu Tsikata has admonished the Akufo-Addo-led government to heed the calls of the #FixTheCountry conveners.

He said heeding that call by government will demonstrate to disillusioned youth that it is responding in a constructive manner because the things the youth are calling their attention to are not alien to the country.

Mr Tsikata pointed out that it is difficult to stop these developments with the “negative” reaction from government by trying to ban the “legitimate expression” of the frustration the youth are feeling about how things are going in the country.

He said this in an exclusive interview with Alfred Ocansey of TV3, on the 13th anniversary of his incarceration for willfully causing financial loss to the state , a sentence which was deemed a political persecution and overturned in 2016.

Touching on the recent call by the youth with #FixTheCountry social media campaign, Mr Tsikata said: “It’s difficult to stop these processes just by this kind of negative reaction of trying to ban the expression that people are giving to their frustration and their sense of things not being done right, things going wrong.

“So I think the answer should be to heed the call to fix the country because heeding that call would enable you to demonstrate that you are responding in a constructive way because some of the things our attention is being drawn to are not mysteries to us. I mean the issues about corruption, the issues we hear day and night, about young people shown in the media flaunting thousands or even hundreds of thousands of dollars because they happen to be close to a certain position of power.

“Or young people who have occupied a certain position for barely three or four years, they have a lot of houses, real estate, I mean if these things happen people will get to know of them and these are the things that infuriate young people. I am not saying young people themselves don’t have issues that they need to address in the sense of what their contribution should be, you know, I think some young people have also deviated from the straight and narrow and they are part of the corrupt system.”

Mr Tsikata, however, expressed confidence in the youth by being able to bond together to form a movement to push the powers that be to #FixTheCountry rather than the individualistic way of each trying to use their own means to outdo each other in acquiring wealth at the detriment of the country.

He said his comfort comes from the fact that the youth have a unanimous voice in calling the country back to order.

He further pointed out that he can understand the sense of urgency coming from the youth to push the leaders to fix the country because they have more years to live ahead of them than the older people in power who have only a few years to live for just as he felt when he was a young man rubbing shoulders with older people in his legal career.

He said this gives him confidence for the future of the youth in the country for holding each other accountable to the development of the country.