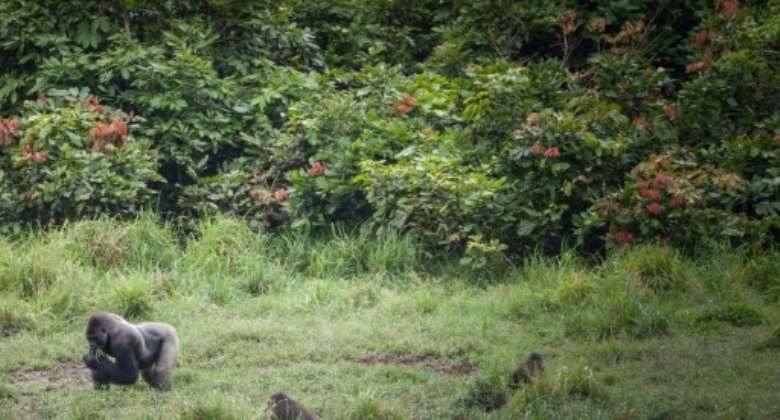 Gabon has been a leader in Central Africa in preserving its rainforests, creating 13 national parks since 2000 that cover around 11 percent of the country. By Amaury HAUCHARD (AFP/File)

Gabon has become the first African nation to receive a financial reward for protecting its forests as part of international efforts to fight climate change, the government announced Tuesday.

Gabon has received $17 million in recompense for successfully cutting its carbon emissions by reducing deforestation and forest degradation, the environment ministry said in a statement.

The payment came "after independent experts verified Gabon's results" showing that the country's carbon emissions in 2016-17 had dropped compared with the annual figures for 2006-15.

The funds were delivered by the Central African Forest Initiative (CAFI), an organisation launched in 2015 by the United Nations and backed by international donors.

The scheme provides financial incentives to Central African governments to pursue economic growth without harming the vast forests that cover much of the region.

The world's rainforests are seen as a vital weapon in the fight against climate change by sucking out carbon dioxide from the atmosphere.

Gabon, where forests cover 90 percent of the territory, is home to some 18 percent of the Congo Basin forest, known as "the second lung of the planet" after the Amazon.

Under a 10-year deal signed with CAFI in 2019, Gabon is set to receive a total of $150 million if it meets its carbon-cutting targets.

The small tropical country has pledged to cut its carbon emissions in half by 2025 from 2005 levels.

The forests in Gabon alone "absorb a total of 140 million tonnes of CO2 each year, which is equivalent to removing 30 million cars from circulation throughout the world," the environment ministry said.

Gabon has been a leader in Central Africa in preserving its rainforests, creating 13 national parks since 2000 that cover around 11 percent of the country.

Norwegian Environment Minister Sveinung Rotevatn, whose government is a major donor to CAFI, said Gabon had "demonstrated that with vision, dedication and strong dynamism, reductions in (CO2) emissions can be achieved in the Congo Basin forest".

"The aim is to improve the income, livelihoods and well-being of communities in Gabon," it said.

Gabon is home to nearly 60 percent of Africa's remaining forest elephants, listed in March as critically endangered by the International Union for Conservation of Nature. By Amaury HAUCHARD (AFP/File)

Along with fighting climate change, protecting the world's rainforests is seen as key to staving off threats to biodiversity.

Gabon is home to nearly 60 percent of Africa's remaining forest elephants, listed in March as critically endangered by the International Union for Conservation of Nature.