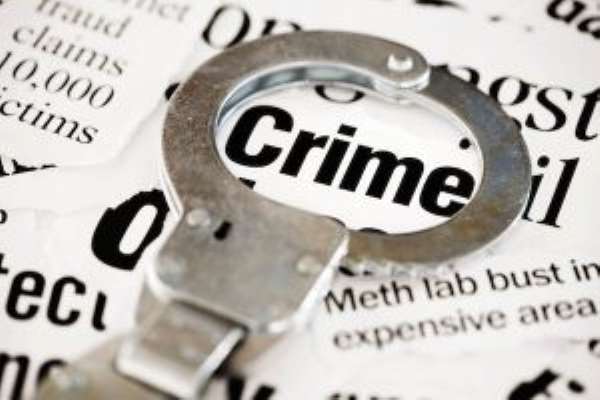 A Visual Arts student of Akro Senior High Technical School in the Lower Manya – Krobo Municipality of the Eastern Region has allegedly beaten his teacher to a pulp.

The student allegedly stabbed one of the security men in the school.

The teacher and the security man’s crime was asking him to stop disturbing his colleagues who were writing mock exams which infuriated him, leading to assaulting the teacher.

According to reports, after beating the teacher, the student’s name not yet known also stabbed the security man in the chest with a broken bottle when he was overpowered by security officials to hand him over to the police.

The injured security officer was then rushed to the Atuah Government Hospital.

He is currently on admission receiving treatment.

A teacher, name withheld narrating the incident on radio explained that his colleague who was assaulted, was invigilating an ongoing examination in a new block when the assailant-student and his colleagues, who had finished writing the exam started disturbing, thereby distracting those who were still writing.

According to him, “The students who had finished their paper had come down and were chatting among themselves. He complained that they were distracting their colleagues''.

He added that “I don't know how he confronted them, but, one of them got annoyed and pounced on him for telling them to keep quiet''.

The teacher further narrated that his colleague was attacked by the student when he attempted to defend himself, adding that ''Another student came to support the one who launched the first attack and they beat the teacher to a pulp''.

''The embattled teacher reported to the school's security for assistance. They attempted to apprehend the student but he turned his anger on them when the student was released, he got angry and stabbed the security officer in the chest with a broken bottle” he recounted.

The security men as gathered managed to overpower the student.

The school authorities then caused the arrest of the student when he returned to the school with the mother on Monday to apologize for his actions, immediately he came around, and was whisked away by the Police.

The other students numbered about 50, when saw the Police on the campus, from nowhere, wearing red armbands, carrying placards, pelting the authorities with stones while chanting and demanding that the Police release their colleague.

Police reinforcement was further called into the school to stop the students from rioting.

But the Police action infuriated the students’, pelting the teachers with more stones.

The Odumase-Krobo District Police Commander, Supt. Doris Akua Hukporti when contacted said the Police have since taken over the school to restore peace and calm.

Meanwhile, the Management of the school thereafter asked both teachers and students to go home until further notice, as the Municipal Education Directorate has since taken up the matter.