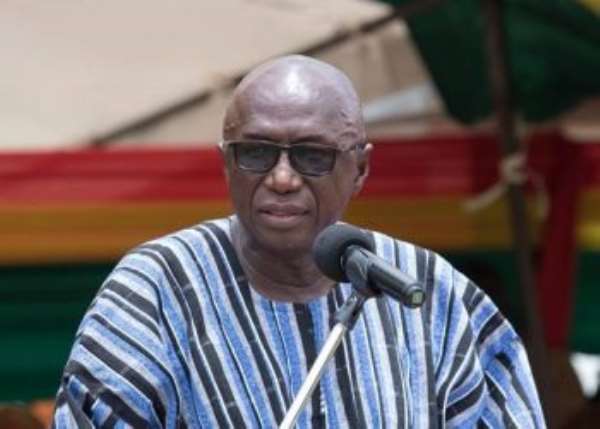 Interior Minister, Ambrose Dery, has stated that government is working on securing the country’s borders following reports of potential terrorist attacks in Bolgatanga in the Upper East Region and Tamale in the Northern Region.

Speaking to Citi News during a brief visit to Techiman on Thursday, June 18, 2021, Mr. Dery stated that the borders will remain closed and tightly guarded by the military and police to keep citizens safe.

“We currently have a combined operation of the army, police, and Immigration. We also have the Northern Border Project. We have already closed the borders, but the fact is that most of them are porous, so we are doing a lot to cover all those porous borders.”

“We are not going to open the borders until we are sure it is safe enough to do so.”

Police in the Upper East Region have issued an alert that some suspected bandits from Burkina Faso are planning to attack some parts of the country.

A police wireless message sighted by Citi News warned that the bandits have earmarked Bolgatanga and Tamale as their targets, warning that the attack could take place any time soon.

According to the internal memo, the bandits, who are in possession of military-grade weapons, infiltrated the country “at yet to be identified locations in the Northern Regions and are poised to launch the attack any moment from now.”

All regional commanders have been directed to increase patrols to quell the attacks.

The statement has heightened tension among residents in these areas.

In a Citi News interview, some residents around the Paga border in the Kassena-Nankana West District of the Upper East Region said they were skeptical about the preparedness of the security agencies and relevant authorities in the country to protect them against the threat.

Meanwhile, the Upper East Regional Minister, Stephen Yakubu , who doubles as the head of the Regional Security Council, has assured that his office is on top of the issue and will stop any potential attack.