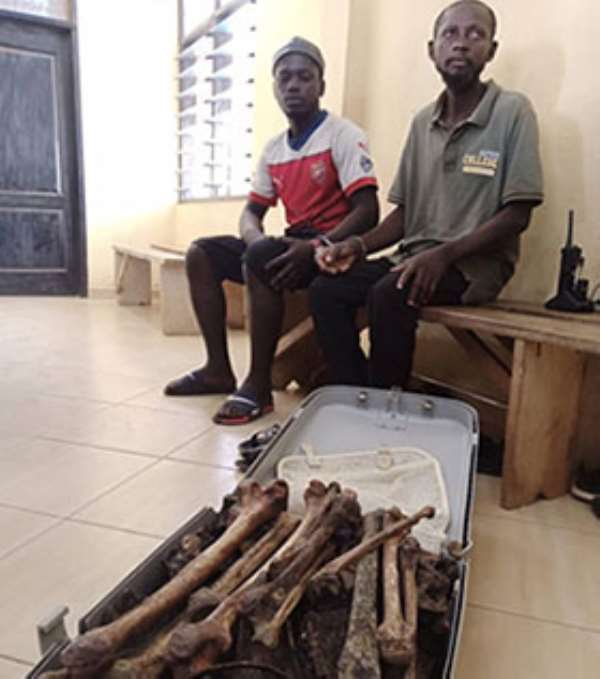 Three men who are suspected to be involved in trading of human parts have been arrested by police at Abuakwa in the Ashanti Region.

Anane Kofi Konye, age 48, and Isaac Adota, age 25, were arrested at a hotel at Abuakwa Manhyia on June 10, 2021 and led the police to arrest Kwaku Agyapong, 65, at Adamsu in the Bono Region by plain cloth officers whilst offering for sale human parts, with each costing GH¢30,000.

A police source told DAILY GUIDE that officers feigned interest in buying the human body parts when they were alerted, and the police believed that the human parts might have been taken from a graveyard by the young men who are suspected to be either grave looters or human body parts traders.

The information indicated that the officers arranged to meet suspect Kwaku Agyapong to buy the human parts, but he failed to turn up and instead sent Konye and Adota to 'transact' the business on his behalf.

The source disclosed that Konye and Adota were arrested in the process as they brought out the human parts from a bag at the cost of GH¢30,000 for each of the two skeletons.

They led the police to arrest Kwaku Agyapong. All the three suspects remained in police custody assisting with investigation.