Hon Adongo MUST be honorable, as his title demands, in his pronouncements 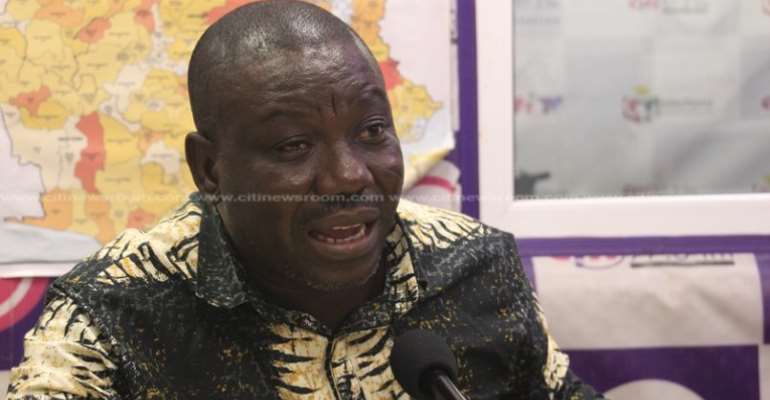 Certainly a chartered accountant like Hon Isaac Adongo cannot be said to not know anything about economics and/or finance. But what is also certain to anyone who has followed the the Honorable member of Parliament for Bolga Central Constituency especially his discourse on the economy and national issues is that he deliberately puts out half truths and falsehoods in a fashion that does not suit his honarable title. Furthermore, his predilection to using abusive language on people he disagrees with is something that leaves much to be desired especially for an adult who should be a role model for the youth.

Hon Isaac Adongo gained much prominence after he tactically chose H. E. Dr. Bawumia as a target of his criticisms. He made it a point to cast aspersions at Dr. Bawumia using unprintable words in describing the astute economist as “ignorant”, “a joke” and “fit for a concert party”. His derogatory style which NDC supporters found appealing made him quickly rise to fame with his supporters likening him to international soccer star “Messi”.  Yes, true to their words he was/is indeed the “Messi” of unbridled offensive language. Initially the media took him serious and would call him to respond to issues of the economy but it was only a matter of time before they realized they had been hoodwinked into believing he was a reliable pundit.

A very clear incident that exposed the hollowness in his pronouncements was when in March 2019 he “prophesied” that the Cedi will cross 6 cedis per dollar by mid 2019.  We are currently in mid 2021 exactly 2 years since his expected “great prophesy” but the dollar is trading at approximately 5.8 Cedis. If this is not a dent on his so called insight in economics/finance then I doubt if there is anything called a dent. So the one who set out to tarnish the unblemished Dr. Bawumia ended up tarnishing his short lived fame. This resulted in the media abandoning him and not granting him the juicy interviews causing him to take his vulgar battlefield to his Facebook wall.

Realizing Dr. Bawumia is a very hot coal for him to handle, Hon Adongo turned his derogatory arsenal on President Akufo-Addo, Finance Minister Ken Ofori-Atta and Gabby Otchere-Darko. No one is saying people in power or associated with power should not be criticized or probed by citizens. However, these criticisms should be constructive and done with decorum especially when it is coming someone who is supposed to be honorable.

During the peak of discussions on the Agyapa deal which was unfortunately polarized because of the elections, Hon Isaac Adongo launched a scathing tribal attack on the trio describing them in a manner which does not deserve to be given prominence in this piece because of how despicable it is. He was roundly criticized but he arrogantly with disdain refused to apologize and still persists in his unfortunate statements.

Now, he is again up in arms against Finance Minister and his deputy because private institutions they were once associated with before becoming public officers got selected as part of 9 firms for Government business. He has refused to be honorable in thought that these two companies are amongst the best in the field and qualified through a merit based process. He has equally refused to be honarable in thought that for the case of Databank, it has been doing Government business even when his NDC was in power and that it should not be out of business simply because NPP is in power. On the part of Gabby, he has leveled unsubstantiated claims of money laundering which I pray he is sued for defamation. This will serve as a deterrent to him and those urging him.

I know very well that just as he crushed in his attempted attacks on Dr. Bawumia, his diatribes against the trio will “fall flat” soon because they are built on the foundation of propaganda. With the media practically ignoring his abusive commentary, very soon his own party foot-soldiers will ignore him because of how his not well thought opinions lead them to embarrassment.