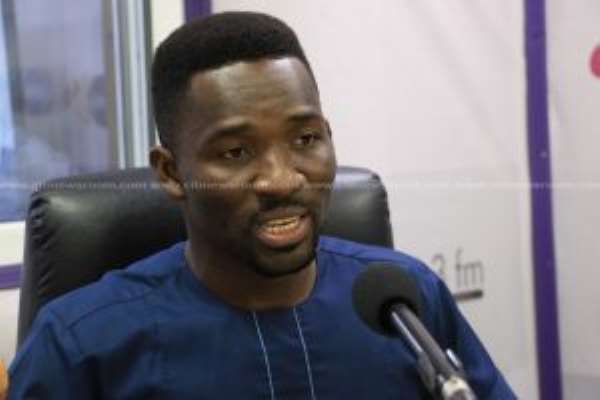 It comes on the same day, that is, today, May 14, 2021, that my beloved niece, Nana Yaa Agyeiwaa Amoh, a Columbia University Bachelor's and Master's Degrees Graduate, successfully defended her Doctoral Dissertation at the John Jay college of Criminal Justice of the City University of New York (JJC of CUNY). So, I have been wondering whether it is not about time that the Akufo-Addo Administration hired a crackerjack Clinical Psychologist like Dr. Nana Yaa Agyeiwaa Amoh to examine and draw up the profiles of those erratic operatives of our National Security Agency (NSA) or the National Security Secretariat (NSS) who persist and insist on giving the otherwise finest administration or government of Fourth-Republican Ghana such a bad name with their seemingly diarrheal manhandling of our media professionals.

Even more significantly, the Government could also retain the services of my niece to examine and draw up the profiles of the personnel charged with halting operatives of the Galamsey menace, the globally infamous illegal small-scale mining who have, nevertheless, ensured that the scandalous pollution of the country's waterbodies and our landed and forestry resources could only continue to get worse and worse by the day. And, by the way, my niece is also the younger of the two daughters of Dr. Kwame Nyanor Amoh, of Akyem-Abaamu, a retired Clinical Pharmacist who spent most of his career and professional practice at the King Fahad and the King Khalid hospitals in Riyadh, in the Kingdom of Saudi Arabia, and the daughter of this author's eldest sister, Maame Adwoa Apeakoramaa Okoampa-Ahoofe Amoh, a New York University-trained Dental Hygienist.

Dr. Nana Yaa Agyeiwaa Amoh is also the younger sister of Ms. Abena Boayewaa Amoh, a Saint John's University, New York City, graduate with a Bachelor's in Communications and Two Master's Degrees and an expert in Early Childhood Education and Library Science. But before we delve deeply and fully into the equally scandalous incident that inspired the composition of the present column, we are also reminded of the fact that it is almost exactly two years, to the month, since the allegedly brutal beating of the Editor of the Modern Ghana news portal, Mr. Emmanuel Ajarfor Abugri, and one of the latter media portal's reporters by the name of Mr. Emmanuel Britwum, was widely reported by the Ghanaian media. Mr. Britwum would shortly backpedal or walk back his version of the allegation of him having been roughly handled or tortured by some agents or operatives of the National Security Secretariat.

Editor Ajarfor Abugri, on the other hand, would maintain his version of the story and even have his lawyers authenticate the same with what clearly appeared to be valid and credible medical or forensically reliable evidence. As of this writing, we were informed that a laptop and some two mobile phones confiscated by the NSS agents who raided the offices of the Modern Ghana media organization had yet to be returned to their original owners. There is every good reason to believe that whatever evidence it was that the NSS agents and officials were in search of from Mr. Ajarfor Abugri's laptop and cellphones must have been retrieved and ascertained by now. Indeed, we were informed at the time, that is, in June 2019, that the aforementioned staffers of the Modern Ghana media establishment were illegally in possession of some sensitive national-security information. Two years on, not only does not the National Security Minister owe the general Ghanaian public some explanation, we also need to be informed about any measures that the Government may have so far taken by way of redress or decently compensating Messrs. Ajarfor Abugri and Britwum, based on the findings and recommendations of the investigators.

As well, the National Security Minister needs to tell the general Ghanaian public about any safeguarding measures that have been put in place since June 2019 to ensure that the recent repeat of the alleged arrest and mistreatment of Mr. Caleb Kudah, the rookie reporter with Citi-FM Radio and Television, will not keep recurring. Obviously, not much appears to have been done to avert the troubling mistreatment of journalists by agents and operatives of our National Security Secretariat. We intend to take up the Caleb Kudah Story, once again, in due course (See “National Security Probe Caleb Kudah's Assault as Modern Ghana's Unending Probe Clocks 2 Years” (Modernghana.com 5/14/21).