It's not automatic for Vice Presidents to succeed President after his tenure, this's Alan's time— Lawyer Appiah Danquah 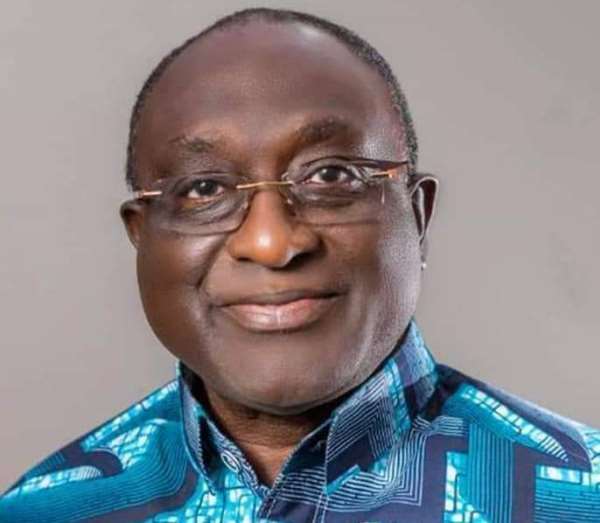 A staunch member of the governing New Patriotic Party (NPP), Lawyer Andrew Appiah-Danquah, has stated that Trade Minister, Mr Alan Kojo Kyeremanten is a perfect man for the flagbearer position to lead the New Patriotic Party's (NPP) in the 2024 presidential race.

Speaking on Ghana First TV, the legal luminary stated that looking at the competence, character and charisma of Mr Kyeremanten and his contribution to the success of the New Patriotic Party since its formation in 1992, Alan towers among all as the NPP surest bet for 2024.

He stressed that "This is Alan's time!"

In recent times, some members of the governing NPP has declared support for Vice President, Dr. Mahamudu Bawumia as the best person to lead the party in 2024.

But Lawyer Appiah Danquah said, "it is not automatic for vice presidents to succeed the president after his tenure."

He noted that, although the late Alhaji Aliu Mahama was Vice President to former President John Agyekum Kufuor, he was contested during the NPP primaries.

According to him, is it therefore not automatic for Dr. Mahmoud Bawumia to succeed President Akufo Addo.

Mr Appiah-Danquah maintains that it is clear within the rank and file of the NPP that it is Mr Kyeremanten's time to be given the leadership mantle in the governing New Patriotic Party.

The basis of his conviction is the fact that Alan Kyerematen absolutely meets all the criteria as set out by former President John Agyekum Kufour years ago.

"We the NPP know who will be our 2024 flag bearer. It is Alan Kyerematen. What we don’t know is who will be next to Alan and that is what the 2023 primaries is going to determine. Our convention and tradition affirm this. Our presidential primaries have always affirmed the known leader and unveiled the next leader.

He continued, "In the year 2007 when the NPP was in a process of choosing a successor to former President John Agyekum Kufour who would represent the party in the 2008 general elections, the then President J.A Kufour advised the NPP with wise guiding principles in choosing a leader who has the potential to serve both party and national interest. In the wisdom of J.A Kufour, NPP must go for a leader, who when elected as flag bearer, can unite the party and make it attractive to attract non-NPP voters to get at least 50% + 1, and can unite the country when given power can hold the power by governing efficiently and effectively."

Lawyer Appiah-Danquah asserted that, based on President Kufour’s criteria, the New Patriotic Party at this material point has only one person in waiting to succeed President Akufo Addo and that person is Alan John Kwadwo Kyerematen.