The walls of the nation not broken 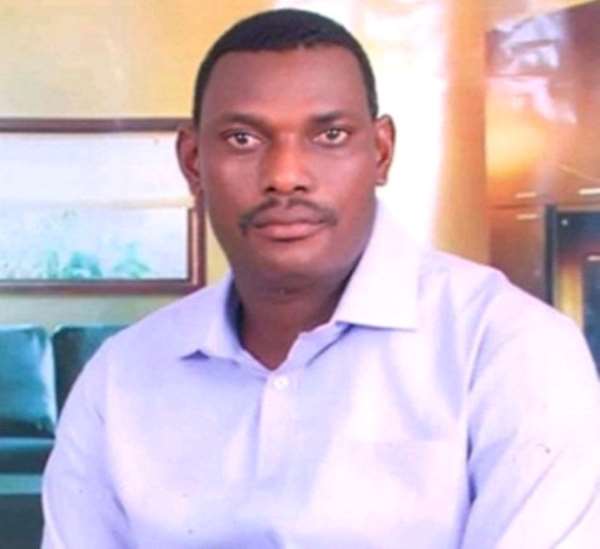 It’s undeniable fact that to whom much is given, much is expected, and as such it is imperative for every leader who will have the mandate of the Ghanaian electorate to do the best he can to move the nation in the right direction to the benefit of all Ghanaians.

It’s disheartening and worrisome how some Ghanaians have deliberately decided to move away from the truth only to throw dust into the eyes of Ghanaians that our dear nation, Ghana is in shambles and needs to be fixed by the current government who has performed creditably above the expectations of the citizenry.

To the best of my knowledge we fix things that are damaged, broken or collapsed and not things that are in good working condition. The economy of Ghana under the stewardship of his Excellency Nana Addo Dankwa Akufo Addo is in good condition and shape as compared to the previous regime of the NDC’s bad leadership that led our beloved nation to a very deep hole in the ground to a point of no return. Let’s be thankful to God for given us a selfless and compassionate president who does not want to eat fat while his citizens grow lean.

I find it difficult to understand why people who are calling for the sitting president to fix the nation have not been able to pinpoint at least two sectors of our economy that is broken or collapsed and should be fixed. Ghanaians are wide - awake and won’t countenance on mere propaganda and lies that has no head or tail. It is clear these people making unnecessary noise are wearing wood spectacles and cannot see things clearly that is why they cannot see the nation is in good state and working under a competent leader.

It may interest Ghanaians to know these self-styled political detractors know “Rome was not built in a day” and yet they want Ghana which was destroyed under the NDC regime to be like heaven. I don’t blame them because the Bible tells us that “For lack of knowledge my people perish”. If GOD himself did not use just a day to create the world and all that is in it, then it means he wants to take his time to create something that will be perfect and beautiful.

Discerning Ghanaians could attest to the fact that every sector of our economy was in a bizarre circumstances and not functioning under the NDC eight (8) year tenure and it took the divine intervention of God almighty to touch the hearts of majority of the citizenry to vote massively for the Moses of our time (Nana Addo Dankwa Akufo Addo) who is ready to take us to the promise land. All over the world economic growth is triggered by sound economic policies initiated and implemented by a visionary and competent leader who can pull the strings to turn the fortunes of the citizens to the path of growth that is what the president has shown to Ghanaians.

Majority of our workers were laid off due to the energy crisis (dumsor) which led to the collapse of many of our local industries. The unemployment situation in Ghana has improved tremendously under a caring and competent leader who can think outside the box to deliver Ghana from the IMF Policy Credibility rope which was tied on our neck to prevent government from employing most of the trained nurses and other personnel at the various government institutions.

The education sector which was made to rot and decay under the NDC who do not want most of the Ghanaian youth to be enlightened to know they are only good at propaganda and lies. If the current government in spite of the Covid -19 pandemic has made sure to continue with the expensive Free Senior High policy programme by making sure the burden of parents is lifted off their heads.

I am sure if those making noise government must fix the nation had asked their members of parliament they want to embark on this wasteful protest they will be told not to do so because government had save them from the pressure parents who cannot afford their wards school fees would have given them.

The Agricultural sector of the economy which looked like a full grown man struggling to walk upright under the NDC administration which gave Ghana no option than to import Maize, tomatoes and other foodstuffs from Burkinafaso had been taken care of by this government through the intervention of the planting for food for jobs brought up by the Minister for food and Agriculture.

The National Health Insurance policy which had collapsed beyond repairs under the previous regime have been revived by a kindhearted leader to face out the cash and carry system to make sure the welfare of his citizens is 100 percent intact. In this difficult time we have not heard service providers complaining they have not been paid. Even developed nations all over the world that have the requisite PPE’s and other improved medical logistics for their frontliners towards their enhanced and routine surveillance are having challenges all because their citizens are dying.

We should be grateful to God for given us such a compassionate leader in the person of his Excellency Nana Addo Dankwa Akufo Addo who has tried his possible best to get us vaccines. Most of our brothers and sisters living abroad have lost their jobs due to this pandemic and how many jobs have been closed here in Ghana. Let’s shun propaganda and support the president to deliver the goods for mother Ghana.