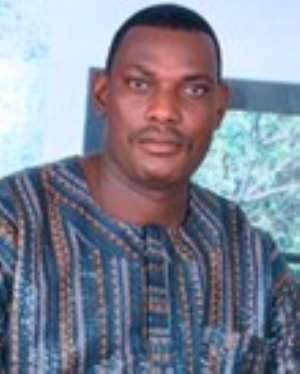 GHANA BLESSED UNDER A GOD-FEARING MAN

Ghana is blessed under the stewardship of a courageous and God-fearing man who is not selfish and greedy to use the state resources to enrich himself and his family at the expense of the common man- who cannot afford a square meal a day. Ghana’s economy which was under a life support at the Intensive Care Unit under the NDC regime have been brought back to life by a competent surgeon who is ready to deliver the goods for the good people of Ghana. “If God says yes no one can say no” and I strongly believe his good intentions to put Ghana back to its rightful place has began to show glimpses of good things to happen under his good leadership.

His government has been in power for only three (3) years nine (9) months and ironically a political party that had used eight (8) solid wasted years in creating the mess in putting the nation’s economy beyond repairs have the guts to tell Ghanaians, Ghana is not in good state as at the time we are enjoying stable light and dumsor has become a thing of the past and the issue of unemployed Graduates Association is virtually non- existent. He has been able to implement the National Identification program which the erstwhile J.A.Kufour’s administration provided money to finance the NIA registration to the good people of Ghana to distinguish them from foreigners for the destroyers and they woefully failed to have it done in their eighty (8) year tenure.

GOVERNANCE NOT A CONCERT PARTY

He believes in the fact that governance is a serious business for serious minded leaders who are ready to think outside the box to create something out of nothing and not for leaders who think it is like organizing a beauty pageant or concert party that is why in spite of the many challenges he came to meet did not resort to complain to the good people of Ghana, but rather He effected a prompt measures that will help bring back that which was missing in government to make Ghana work again. He has performed creditably above the expectation of his political rivals and they feel shy to voice it out to the good people of Ghana even if he brings manna from heaven all because anytime your enemy wants to learn how you dance he /she will only twist his /her waist.

THE ABILITY TO REVIVE COLLAPSED COMPANIES

The private sector businesses which was left to rot and decay under the NDC regime is gradually getting better in terms of growth all because it has got a listening and caring president who is ready to create the enabling environment for them to create jobs for the younger generation of this country to earn a living. Undoubtedly, Ashanti Goldfieds which was at the verge of collapsing under the watch of the previous administration that looked like a full grown man struggling to walk upright had been revived by the Nana Akufo Addo’s government and today it has given employment to the good people of Ghana. This is a hallmark of a competent and visionary leader.

All over the world the private sector supports government’s effort towards national development and there is no doubt Nana Addo Dankwa Akufo Addo’s government turn to revamp and salvage the private sector industry to create more jobs for the youth of this country. His good government has been able to invest GHc18 million into Darko farms Company Limited in Atwima in the Ashanti Region. The Ekumfi pineapple juice factory which was left to rot and decay is now operational under the 1D1F and today it has employed many youths. To mention but only a few are the Adaklu rice, Fertilizer processing factory and Pwalugu tomato factory.

SENSITIVE TO THE PLIGHT OF THE CITIZENRY

He has proven beyond all reasonable doubt that he had the plight of Ghanaians at heart and for that matter has made sure he will not eat fat while the citizenry grow lean that is the reason why his government has taken it upon himself to offer personal loans to the poor and the needed. It has never occurred in the history of our democracy where government will offer one Constituency one ambulance. The State Transport Corporation has had its share of about hundred brand new buses to help strengthen the company’s effort to offer good services to travelers. Also he has offered GHC600 million to 200,000 businesses as soft loans for small scale industries to assist them in this crisis era of Coved-19 in order to compete with well established industries in the western world.

THE GENERATIONAL THINKER DESERVE FOUR MORE TO DO MORE

He dreamt yet another dream and thought it wise in making sure all BECE candidates will have the chance to further their education up to the Senior High School level where they can use their certificates to apply for employment to earn a living. Ever since he assumed power his government had made sure feeding grants, capitation grants, Teacher’s motivation and interventions are disbursed on time to enhance effective teaching and learning. Also his government has provided the needed logistics to schools. These confirm that Nana Addo Dankwa Akufo Addo is a generational thinker and deserves four more years to do more for Ghanaians. The battle still remains the Lord’s. Long live Mr. President (ayekoo, mo ne adwuma)