Corruption fight must start from the top----Justice Appau 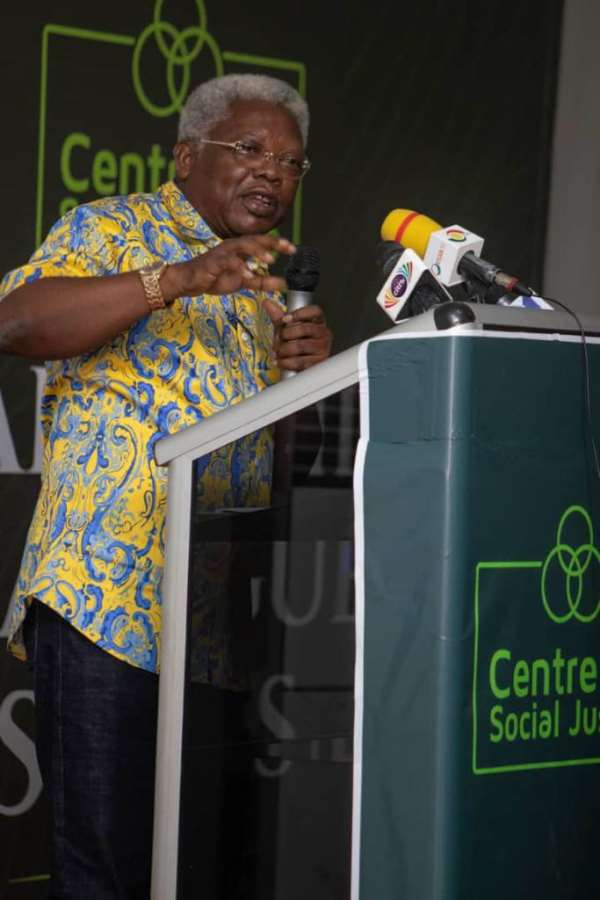 A judge of the Supreme Court, Justice Yaw Appau, has stated that the fight against corruption can only be won if there is commitment and integrity at the highest levels of political office.

“The clean-up must start from the top. When the head is strong, the body cannot be weak but strong. But when the head is weak or rotten, the body too becomes automatically weak and smelly” he said.

Justice Appau was speaking at the 8th edition of the Leadership Dialogue Series organized by the Centre for Social Justice, under the theme, Uprooting Public Sector and Political Corruption in Ghana.

He stated that there are adequate laws to deal with corruption related offences in Ghana, however there has been little political will to apply the law over the years which is inimical to the growth of the country, since no country can develop without dealing decisively with corruption.

He noted that, even when government appointees have glaringly been caught in corrupt acts, they are only removed from office and allowed to go home to enjoy their booty without any punishment. He called for a system whereby government appointees would questioned and punished for unexplained wealth.

Justice Appau encouraged politicians to be responsible when it comes to making promises to citizens since there are financial implications.

“Almost all past governments, including the current one, cut sods for projects to commence when funding has not been secured or even sourced, for the commencement and completion of the projects involved. This is normally done by the party in government when the country is approaching elections just to win votes. I call this practice, playing fraud on the people for political gain and it is corruption at its highest. Such conducts must be avoided as they plunge the State into huge financial burden” he said.

According to Justice Appau, there has been much talk about corruption at workshops and other fora and the definition, causes and solutions for corruption are well known, however corruption remains a huge challenge because of poverty of leadership and lack of political will. “At times, some of the corrupt acts are so unimaginable that they go beyond mere bribery and corruption and become gargantuan stealing or looting” he said.

He commended Presidents Chakwera and Magufuli of Malawi and Tanzania respectively, for showing leadership in their countries as far as combatting corruption is concerned.

He called on the elite in society to do more for the country. “We are educated partially with the tax-payers' money to enable us acquire knowledge for the development of our society for the betterment of our people. But what do we see? We turn round to milk the very people we are supposed to help and serve. Let us use the knowledge that we have acquired to help raise our poor masses from the economic malaise in which they find themselves by being more sensitive, altruistic and proactive to their plight”.