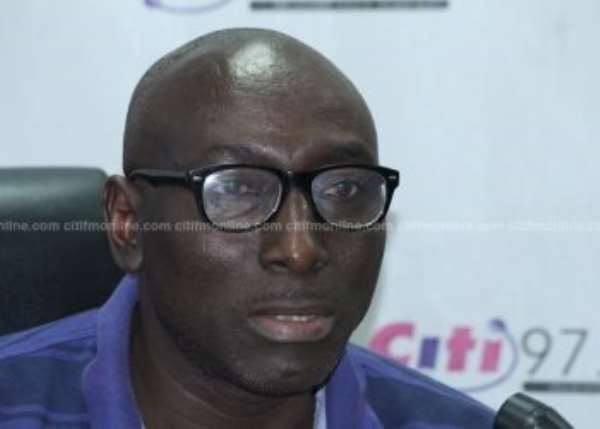 Abraham Amaliba, one of the lawyers defending the opposition National Democratic Congress’ embattled Member of Parliament for the Assin North Constituency in the Central Region, James Gyakye Quayson, in the dual citizenship case, has filed an application to withdraw his services.

Citing comments made by the judge in previous hearings which he believes might constitute bias, Mr. Amaliba, on Tuesday, May 18, 2021, moved for the judge to recuse himself from making further statements in open court which appear to indicate a pre-determined outcome of the substantive case.

Part of his application read “That although your lordship refused my prayer to recuse yourself on grounds, inter alia, that you don’t remember ever making the alleged comment, I remain of the strong conviction that there is a real likelihood of bias, and my continuous presence in the matter as counsel with such a conviction, will not augur well for the interest of my client and administration of justice”.

After the judge ruled against his motion, Amaliba moved to withdraw his services as Mr. Quayson’s lawyer, insisting that continuing to act as the defendant’s lawyer in the case could hurt his client’s chances, given the “likelihood of bias.”

The counsel for the petitioner, Frank Davies, opposed Mr Amaliba’s motion, arguing that the opposing counsel was only trying to delay the case unceremoniously.

However, when the judge queried him on whether Mr. Amaliba was within his rights to withdraw from the case, Mr. Davies responded in the affirmative.

The Central Regional Secretary of the New Patriotic Party, Tekyi Mensah, in an interview with the media after Tuesday’s proceedings, claimed that the move by the lawyers of the respondent is part of attempts to delay the trial.

“This is a clear attempt by the first respondent and his legal team to delay the case, but we are confident about the case. No matter what they do, we are of the view that the case will be dealt with expeditiously and the final judgement would be given,” he said.

Michael Ankomah-Nimfa, a resident of Assin Bereku in the Central Region, filed a petition at the Cape Coast High Court seeking to annul the declaration of Mr. James Gyakye Quayson as the Member of Parliament for the Assin North constituency.

In November last year, a group calling itself 'Concerned Citizens of Assin North' petitioned the Electoral Commission in the Central Region to withdraw the candidature of Mr. Quayson, arguing that he owes allegiance to Canada.

He was challenged for holding dual citizenship contrary to the expressed provision of Article 94 (2) (a) of the 1992 constitution of Ghana, which states, “A person shall not be qualified to be a member of Parliament if he or she – (a) owes allegiance to a country other than Ghana.”

If found guilty by the court, the MP would be removed from Parliament and serve a jail term.

The National Democratic Congress, NDC, had insisted that their MP is “a full citizen of Ghana who owes no allegiance whatsoever to any other country. He is a Ghanaian in law and in fact and qualifies to be a Member of Parliament according to the laws of Ghana.”

At an earlier sitting last week, the petitioner, Michael Ankomah-Nimfa, asked the court to order another parliamentary election to be conducted in the constituency.

One of his lawyers, Henry Nana Boakye, in briefing the media after the court hearing indicated that their request is supported with case evidence and that they have already filed their closing addresses.

He was hopeful that the judgement on the matter would be in favour of the petitioner.

“One of the reliefs we are seeking is for the court to order for re-election to be conducted in Assin North. We have stated our case forcefully, and we have supported it with case evidence. We have even filed our closing addresses, and we are sure that the respondents will be served. All of these are just delay antics and just to drag the matter behind. But we are forthright and resolute that this matter will be determined, and it will be determined on the merit of the case; and based on the 1992 constitution and the relevant laws regarding the qualification of an aspirant to be a candidate or to be elected as a Member of Parliament,” he said.