Benin: Threat on transgender people and their defenders following the assault on three of them 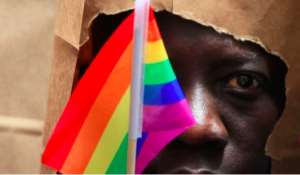 Authorities in Benin must immediately take all necessary measures to protect transgender people and the associations that defend them, after three transgender women were forced to undress, beaten and robbed by a group of men at a bar in the capital Cotonou, Amnesty International said today.

The attack, which took place on the night of 30 April, was filmed by the assailants who then posted the video on social media. After being assaulted, Kani, Fati and Jennifer-names by which they refer to themselves-who went to seek refuge with a local transgender association continued receiving threats.

"The assault on the three transgender women must prompt the authorities to take stronger measures to protect them as well as all their defenders," said Fabien Offner, Amnesty International West Africa researcher.

“They should ensure transgender and intersex people who are victims of such violations have access to remedies. Perpetrators of this assault must also be identified and prosecuted during fair trial.”

The three transgender women told Amnesty International they were victims of a trap set by a person supposed to be their ‘friend’, who had invited them to a 'birthday party' in a bar they would regularly gather in for drinks.

Following their arrival, they felt the ‘birthday party’ was not going to take place. Their ‘friend’ was moving in and out of the bar while men they had never met came to sit next to them, observing them closely.

One of the three women told Amnesty International:

“Our 'friend' asked Fati to join him outside the bar. She then realized that he was no longer waiting for her outside. Two men started assaulting Fati and stealing her belongings after asking her if she was a man or a woman. We wanted to go out to join her, but the door had been closed. We couldn't run away or help Fati. The door was finally opened, and we were able to join her outside. I was asked if I'm a man or a woman. I didn't answer, then I said I'm a trans woman. The man who asked me the question didn't understand what I was saying. He then touched me and started slapping me when he saw that I had no breasts. "

“They had started taking pictures of us. Then they threatened us to undress. They forced us to pull off our clothes. I screamed to ask them to take us to the police station, but they kept hitting me, then I tried to defend Fati, and someone hit me on the neck with a bottle of beer. During all this time, people were filming and photographing us (…) Finally, we were able to escape thanks to the taxi-motorcycle drivers.’’

Amnesty International has viewed several videos showing a noisy crowd of men in front of the three transgender women who were trapped against a wall, forced to undress, and prevented from hiding their genitals with their hands.

The medical certificate of one of the victims reviewed by Amnesty International concludes that "severe bodily contusion is compatible with the abuse the patient claims to have suffered," and has prescribed a week of total incapacity for work.

Since the attack, none of the three has been able to return home. After the videos were posted on social media, some of their parents threatened to kill or poison them if they returned home. Other parents advised them to keep a low profile for a while.

On the night of 1 May, two individuals broke into the premises of the association where the three victims found refuge.

Other LGBTI rights associations across Benin which have publicly or not stood up for three women have also received threats following the assaults.

The president of one of them told Amnesty International:

“Before the three were assaulted I was already insulted, and I never responded. The situation worsened after they were attacked as five members of the association including myself received threats. In the area where I live, I hardly go out, and my parents threatened to kick me out of the house, accusing me of being a damned child."

The president and founder of another LGBTI rights association also told Amnesty International that she received death and rape threats over the phone after she denounced the assault in a video posted on 2 May on the association's Facebook page.

“The human rights of these three transgender women must be respected by all. The authorities must prevent them from living in a hostile environment," said Fabien Offner.

“The lawmakers should explicitly prohibit in the law discrimination based on gender identity and expression and recognize and protect human rights defenders who defend the rights of transgender and intersex people."