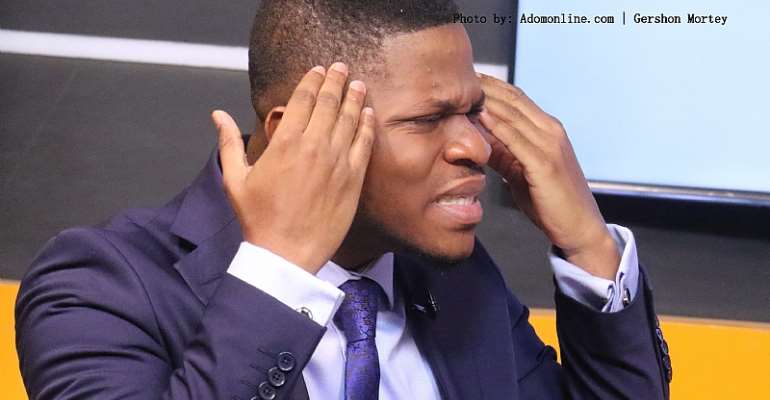 National Communications Officer of the National Democratic Congress, Sammy Gyamfi has described as unlawful and preposterous the gestapo invasion of the office of Citi FM by armed National Security operatives.

The premises of the media house was besieged by heavily armed officers on Tuesday, May 11, 2021.

Caleb Kudah and his colleague Zoe Abu-Baidoo were arrested.

According to the officers, Caleb Kudah was arrested for filming at the premises of the National Security Ministry, a restricted security zone.

His colleague Zoe, subsequently had to be picked up after the National Security Officers uncovered that the video had been sent to her.

The Rambo-style arrest of the journalists has been massively condemned by NDC.

“The NDC condemns in no uncertain terms, the arrest of Caleb Kudah and the gestapo invasion of the office of Citi FM by armed National Security operatives,” part of a post by the Party’s National Communications Officer Sammy Gyamfi has said.

The post on Twitter adds, “The act is unlawful and preposterous. The oppression of journalists and citizens by the despotic Akufo-Addo gov’t must stop.”

Although it is unclear if the case has reached its finality, Citi FM on Tuesday evening confirmed that Caleb Kudah and Zoe Abu-Baidoo had been released from the custody of the National Security.

You can’t dictate to Akufo-Addo; stop the disrespect – Sefwi...
58 minutes ago