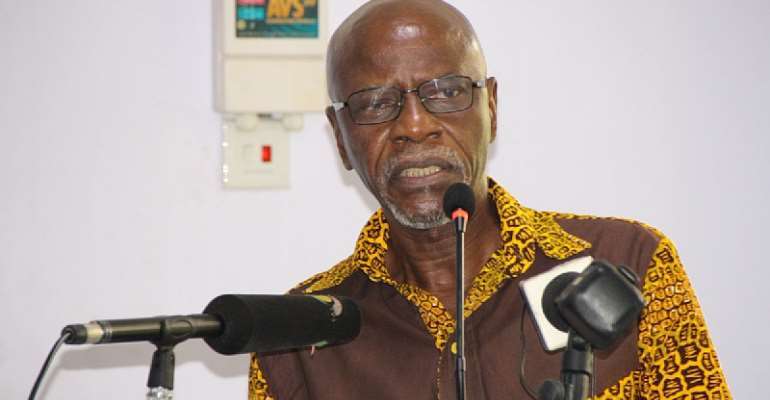 “I believe that the EC itself and other stakeholders need a closer review of the actual processes and procedures that they took in arriving at the final collation of results in the 2020 Elections and to see whether there is the need for some reforms,” Mr Akoto Ampaw stated in his submission at the Ghana Centre for Democratic Development (CDD Ghana) Roundtable dubbed, “Presidential Election Petitions and their Impact on Africa's Democracy”.

“I can see quite clearly that there may be some reforms to the CI (Constitutional Instrument) 127; looking at it, I can see that from this experience. But I am saying that given the issues that were brought before the Court, frankly speaking, the Court had very little opportunity to make any recommendations for reforms.” Mr Akoto Ampaw said.

He noted that if one had a case of this nature before the highest court, and the case raised substantial issues of facts, then one could expect that in coming out with a judgement, the Supreme Court apart from making a decision, would make recommendations based on some of the issues of facts that were raised in the cause of trial.

“But honestly, I am of the view that legally speaking, there was no case before the Supreme Court,” he said.

He noted that where a substantive grievance was brought before the Court, even if the Court should rule against the petitioner, the Court might see the need to make recommendations.

Dr Dominic Akuritinga Ayine, a member of former President John Dramani Mahama's Legal Team in the 2020 Presidential Election Petition, in a rebuttal, noted that even a Justice of the Supreme Court, who was part of the panel of judges that sat on the case, said there was a reasonable cause of action in the case that was brought before the Court.

Dr Ayine maintained that what Mr Akoto Ampaw was saying was not what the Court said.

He said the ruling of the Apex Court in the 2020 Presidential Election Petition had dampened his faith in the Judiciary.

Mr Yaw Oppong, a Member of President Nana Akufo-Addo's Legal Team in the 2020 Presidential Election Petition, said the ruling of the Supreme Court had both strengthened and enhanced his faith in Ghana's Judiciary.

He noted that given the opportunity for the whole world to watch the trial (on television) brought justice to the doorsteps of the people, adding that it was as if some demystification of the judiciary process was taking place, even though justice emanated from the people and should be as it were enforced in their name.

Professor Henry Kwesi Prempeh, the Executive Director of CDD, said from the stand point of improving election management, he did not think Ghana had made much of an advance.

He noted that in a Presidential Election, put not just the two litigants on trial, but also on trial was the Judiciary, and that that was why the Judges being aware of that allowed the cameras and the videos into the Courtroom.

This, he said, was because the judges were conscious of the fact that this was not just a legal matter but also a political matter and the generality of the public had a keen interest in it, saying the voters were the real parties of interest.

He said voters were the reason why the Court showcased the election petition hearing.

Prof. Prempeh said also on trial in an election petition trial was the Election Management Body (EMB); declaring that its conduct was on trial.

He said that the Court itself should have at least asked the EC some questions in the 2020 Presidential Election Petition and that Ghanaians missed that opportunity by being a little bit too technical about the matter.

There is the need for the public to be satisfied that the EMB had been held accountable, he said.

“Ghana is a prime, ripe destination for doing business” – Ak...
8 minutes ago