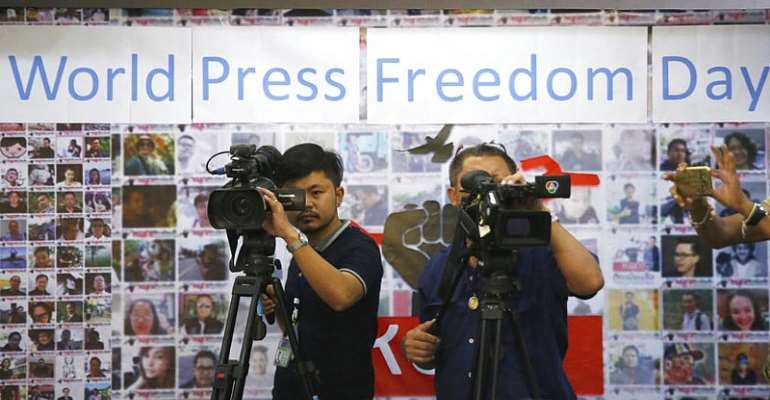 On the 30th anniversary of World Press Freedom Day, Unesco has warned of rising attacks on journalists, the viral spread of false information and "fake news" online and a general weakening of the media – all of which have been exacerbated by the Covid-19 pandemic.

The 3 May date was first marked 30 years ago in Windhoek, Namibia, when African journalists composed an historic text which became a universal declaration calling for a free, independent and pluralistic press.

"It  calls  attention  to  the essential role of free and professional journalists  in  producing  and disseminating this information, by tackling misinformation and other harmful content."

In a letter released on 26 April, Unesco promoted the idea of information as a public good, saying urgent policy shifts are needed to help support the independent news media outlets which underpin fact-based journalism internationally.

“Already, we face drastic losses… The result is that we live in ever-expanding 'news deserts' devoid of local coverage and journalists are increasingly working under precarious conditions,” the letter read.

The letter said there the world of media needs a “new deal” – referencing the vast and wide-ranging government programmes and reforms enacted by former US President Franklin Roosevelt in response to the economic catastrophe of the Great Depression during the 1930's – that secures the viability of a free and pluralistic media ecosystem, while also enacting safeguards for the editorial independence essential to journalism as a public good.

Unesco added that the ongoing "collapse" of the media industry has occurred at the very juncture when independent media could "make the difference between life and death for millions of people or between the ending of the pandemic and the indefinite extension of the crisis caused by Covid-19".

Media watch dog Reporters Without Borders (RSF) published its yearly "Press Freedom Index" in April. Topping the list are the four Scandinavian countries, followed by Costa Rica. France is on a dismal 34th position, owing to police violence, harassment, corporate influence over the editorial line and an "overall climate of hostility" towards journalists.

Worst countries for journalists are China, Turkmenistan, North Korea and Eritrea. Bulgaria, on position 112, is the EU's worst country in terms of press freedom.

We're worriers, no needle allowed to enter our body — Kumbun...
43 minutes ago