Government has no intention of privatising GBC – Information Minister 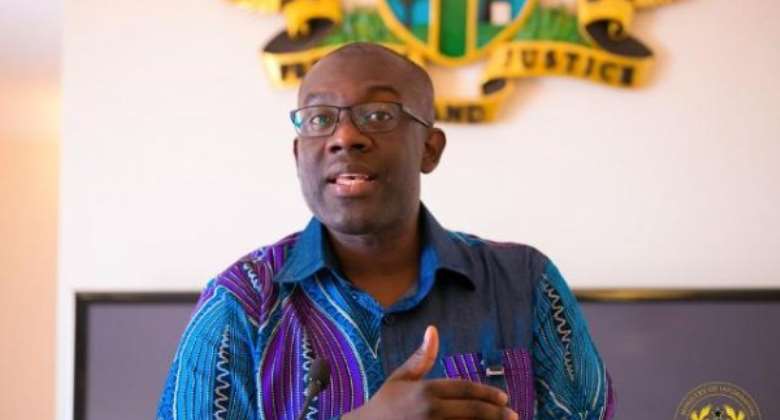 Kojo Oppong-Nkrumah, Minister of Information, says government has no intention of privatising the Ghana Broadcasting Corporation (GBC), the only public broadcaster.

He, therefore, asked staff of the GBC to ignore that suspicion and clearly define the Corporation's identity to remain relevant in the contemporary media landscape.

The Minister gave the advice at a durbar organised at the GBC headquarters in Accra when he paid a working visit to the facility.

Staff of the GBC had questioned the rationale for “government's intention to hand over GBC to private entities to manage,” describing the alleged intention and step as unfair to staff of GBC, especially the long serving ones in the quest to move from analogue to digital.

The Minister said transforming GBC did not lie only in the hands of the Minister or the Corporation's Board Chairman, but required a concerted and collective approach from all stakeholders.

Professor Amin Alhassan, Director-General,GBC, said out of the 23 local languages that the GBC broadcast in, only three were profitable and only two of the eight studios in the Corporation worked effectively.

He said the GBC required a deliberate government intervention in key areas like procuring of equipment, payment of electricity, as well as funding for their long-service award programme to be more productive.

During an interaction with other staff members of the Public Service Broadcaster, they petitioned the Minister to work towards ensuring that they got a sustainable funding to operate the Corporation.

Others called on government to let their single spine reflect in percentages in their salaries, and put in place realistic scheme of service and clearly defined ways that staff were expected to work.

They also required measures to promote accountability, efficiency and provide proper remuneration for staff of the Corporation.

“A staff can be working for 10 years without promotion on the basis that the Corporation is not getting budget from government. This kills our spirit and deters us from giving off our best,” a staff said.

Mrs Cynthia Mamle Morrison, Chairperson, Parliamentary Select Committee on Communications, said the Committee acknowledged the hard work and dedication of those in the state-owned media, hence was ready to support government to promote their growth.

“However, I believe every one of you here has to demonstrate positively to uplift the image of GBC so that by its 90th birthday, it will be a new GBC,” she said.