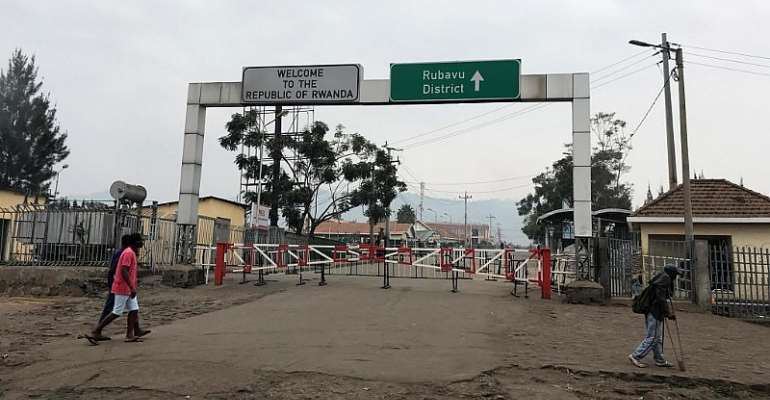 Authorities in the Republic of Congo have been conducting an alarming crackdown on human rights defenders and activists who have denounced the consequences of the economic crisis and its impact on people’s daily life, in particular on access to health, Amnesty International said in a new report published today.

The report, ‘On the back of the crisis. Violations of the right to health and repression of economic and social rights defenders in the Republic of Congo’, documents the devastating impact on the country of both the economic crisis that began in 2014 following the fall in oil prices, and the COVID-19 pandemic.

Based on interviews conducted in Congo and remotely with more than 50 people including patients, trade unionists and members of human rights associations, it also highlights the crackdown on human rights defenders and activists who have spoken out against the situation.

"The economic crisis has had brutal consequences for people in Congo. Their right to health has been undermined by alleged mismanagement of the health sector, and failures to fully implement some free care programmes. The cost of healthcare continues to be an obstacle to accessing life-saving treatment. The economic crisis has driven to poverty tens of thousands of retirees, hundreds of civil servants and students still waiting to receive pensions, salaries and scholarships,” said Samira Daoud, Amnesty International West and Central Africa Director.

"Despite the authorities' pledges to improve the health system and respect people’s economic and social rights, no concrete action was taken in the past six years. They have instead cracked down on those who have claimed their economic and social rights. Human rights defenders, trade unionists, journalists and students have all been targeted with legal proceedings, threats, and ill-treatment."

Numerous projects to improve the health system have not been fully implemented by the authorities, including a plan to build 12 general hospitals across the country which has been delayed since 2016.

The report documents a rapid decline in health infrastructure in recent years, including dire conditions in University Hospital in the capital Brazzaville, which has been regularly deprived of running water and electricity supply in recent years.

A health center official told Amnesty International that the facility did not have funds to renew their stock of medicines or pay the water bills. An employee in another health facility said poor technology meant that the MRI scanner was not working.

In Adolphe Sicé General Hospital in Pointe-Noire, in the south of the country, power cuts have had fatal consequences for patients, according to a relative of one of the patients.

"When there is a power cut in the operating room, there is no automatic switch to the generator. Someone must move and turn the generator on. This can take a long time. This time, three people on respirators died. This is common, and the hospital never takes responsibility.”

No payment, no treatment

A lack of investment in Congo’s healthcare system and poor working conditions have resulted in many public healthcare workers taking advantage of better offers from the private sector. In the last three years, the health sector has lost more than 40% of its active staff, according to the Minister of Health.

Meanwhile many medical staff left on the frontlines of the fight against COVID-19, have complained about the lack of personal protective equipment.

Although the Congolese President announced on 17 December 2019 that the country’s free health care programmes for Caesarean sections, HIV and AIDs, and treatment for children with malaria had been maintained despite the economic crisis, in reality the provision of some free health care has not been effective.

The report documents how patients who are unable to pay their medical bills are often left without treatment.

A patient at Gamboma District Hospital, in the centre of the country, told Amnesty International that he saw the hospital refusing to treat patients who were unable to pay:

“Last year I saw a young man from a village, who was visibly in bad shape, abandoned in the emergency room for lack of money. Even if the hospital has no supplies, faced with a severe case, health workers should try to do at least something to provide relief to the patient. "

“The government must improve the accessibility of the health system by providing patients with facilities, goods and services that are affordable for all," said Samira Daoud.

Civil servants, retirees and students pay a heavy price for the crisis

Retirees, government officials and students who were sent abroad with a scholarship have paid a heavy price for the financial crisis and its management by the authorities.

As of February 2021, 280 civil servants were claiming 17 months of salary in arrears. In November 2020, more than 40,000 retirees had accumulated 28 months of unpaid pensions. Congolese students abroad have gone for at least three years without receiving their scholarships.

A student studying overseas told Amnesty International that there were more than 200 people that had been waiting for months for their scholarships to be paid:

"We are waiting for the payment of nearly 36 months of scholarship ... Students are here without graduation or certificate of completion of their studies. This is due to the lack of payment of academic fees by our government ... Many students were forced to leave school to do small jobs. "

Repression as a treatment for health problems

The report documents the authorities' crackdown on all those who denounced the management and governance that worsened the situation of economic and social rights including those who did not comply with the COVID-19 restriction measures.

An example of unlawful killing resulting from excessive use of force documented in the report is the death, on 18 April 2020 in Djambala (northeast), of Wenceslas Samson Opfi who was allegedly killed by police and gendarmes who surprised him while driving a motorbike during the curfew.

His parent told Amnesty International that he was beaten with belts, truncheons, and rifle butts and then his dead body was taken to hospital, after one of the security forces members informed a relative to credit a road accident.

The student Brucelon Nelson Apanga, president of the Movement of Schoolboys and Students of Congo (MEEC in French), who called for the payment of scholarships, was subject to torture twice, during his detention in 2018 at the Directorate General of Territorial Surveillance (DGST) and upon his return from forced exile in Cameroon in 2020.

He told Amnesty International that he was brought sick in the street on 22 November 2020 after having been subject again to torture:

“… Two DGST agents in plain clothes arrested me in Yaoundé, handcuffed me, blindfolded me and put me in a car with tinted windows... When we arrived in Brazzaville, I was detained in a house. … On 22 October 2020, I was then taken to a cell at the DGST where I could not see the light of day. ... I was again tortured, punched, and subjected to electricity shock. I could only eat a small piece of bread and drink a glass of water per day…"

Several activists and human rights defenders who have demanded that authorities respect the right to health have been victims of intimidation or arbitrary detention.

Journalist Rocil Claver Otouna, news anchor for state television’s Télé Congo, was suspended from duty by the government after a special programme he ran on the pandemic following President Denis Sassou Nguesso's speech on 30 April 2020. He said he only questioned the Minister of Justice about the management of the pandemic.

Union freedoms and the right to strike have also been compromised on several occasions in recent years, in connection with the situation of the health system.

Congolese students abroad who have protested at the non-payment of their scholarships have been the target of reprisals.

One student told Amnesty International that the authorities had gone so far as to threaten the parents of his peers with prison or physical violence.

“My father and my mother have received phone calls. I also have received some from people I don't know who threaten me with violence, death, or jail. ... We’ve not had our scholarship paid for more than 24 months, but we are not saying anything because we know the consequences.”

Amnesty International is calling on the Congolese authorities to end attacks on the right to freedom of expression and peaceful assembly, stop the arbitrary arrests and detention of those criticizing the government’s handling of the economic crisis and ensure adequate investment in health and other essential services.