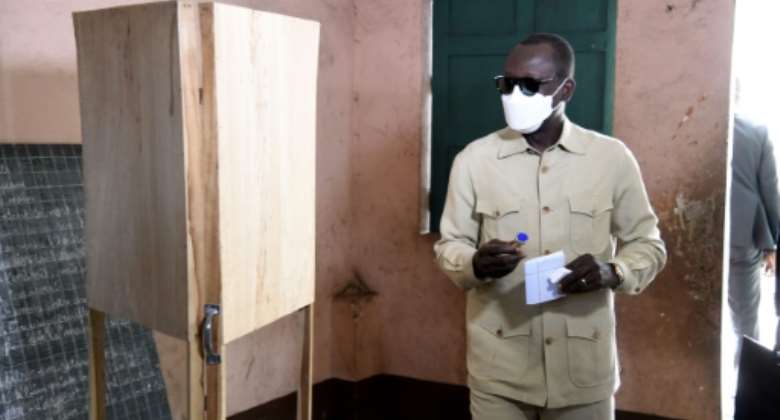 Talon, a cotton tycoon first elected in 2016 to lead the West African state, is expected to secure re-election after a ballot on Sunday that critics say was already rigged in his favour.

Most of Talon's key opponents are in exile or were disqualified from running in the election, leading to opposition calls for a boycott.

The electoral commission was expected to announce the results later on Tuesday.

"A low turnout of voters was observed from the early hours of the polls and with slight improvement during the day in some places," the mission from the West African economic bloc ECOWAS said in a statement.

Once praised as a vibrant multi-party democracy, the former French colony has veered onto an authoritarian path with a steady crackdown on Talon's political foes, critics say.

With Talon almost guaranteed victory, analysts said, voter turnout would be a key measure of his election success.

Observers from the African Union also noted there were no lines at polling stations visited by their mission while the International Organisation of the Francophonie noted "a relatively weak mobilisation of voters throughout the day".

All the observer missions said the ballot had taken place in a mostly peaceful manner, apart from incidents in several regions in the centre of the country.

The vast majority of ballots from Benin's 546 districts have arrived in Cotonou, where they are being processed, according to an electoral commission source.

Those from the north of the country, which were transported by convoy for security reasons, "arrived at the commission on Monday evening," the source said.

Benin has seen some economic successes under Talon, who promised a "KO" first-round win in Sunday's election.