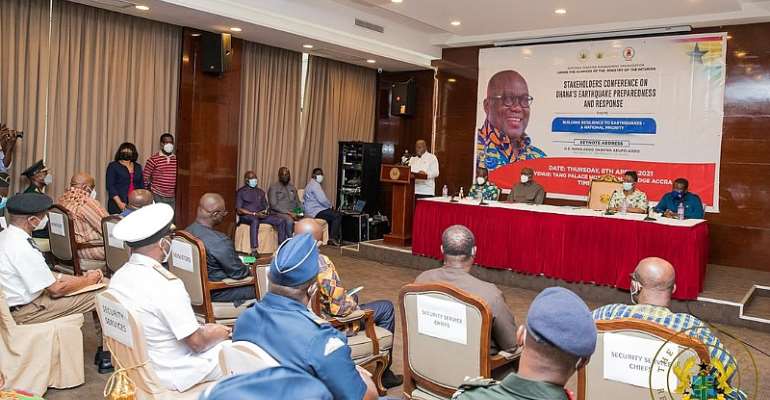 President Akufo-Addo has directed the Ministry for Works and Housing to conduct a comprehensive integrity audit of all public buildings in the country.

The President wants the ministry to carry out this assessment in order to advise government on how best to ensure the safety of Ghanaians in the event of an earthquake and other disasters.

Nana Akufo-Addo said this at a stakeholder's conference on Ghana's earthquake preparedness and response held on Thursday, April 8, 2021. 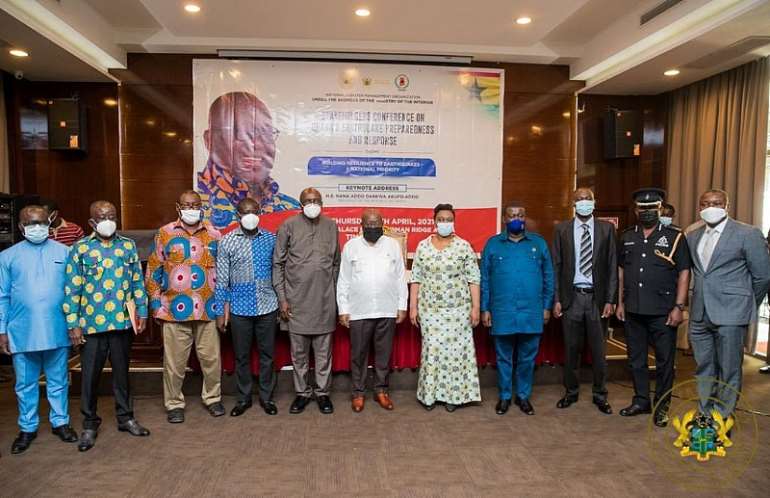 “An earthquake does not kill, it is however the collapse of structures that is responsible for the losses. This means that to avoid such situations in the future, we need to ensure that buildings and structures are resilient to the impact of earthquakes.”

“I have asked the Engineering Council and the Ministry of Works and Housing to ensure that a Comprehensive Integrity Audit of all public buildings and structures is conducted and government advised.”

The President also urged the National Disaster Management Organisation (NADMO) to embark on a sustainable sensitization campaign for all Ghanaians.

Records indicate that the earliest earthquake in Ghana occurred in 1615 with a magnitude greater than 6.0 on the Richter Scale.

There are records noting that an earthquake in 1636 caused havoc in several parts of Axim in the Western Region.

The 1862 Accra earthquake had a magnitude of 6.5 on the Richter Scale and caused three fatalities in addition to the damage to property.

The epicentre of the 1906 earthquake was near Ho collapsing buildings and causing severe damage.

The June 1939 magnitude 6.5 earthquake, which was centred around James Town, was the most destructive in Ghana's history, causing an estimated $67.3 million damage at the time.

This seismic event lasted about thirty seconds and killed 17 people and injured about 140 persons.

There have also been a number of earth tremors recorded in the country in recent times.

The recent tremor was recorded in June 2020 but the Ghana Geological Survey Authority described it as a mild earthquake .

Nicholas Opoku, a senior Seismologist at the Authority, said the earthquake had a magnitude of 4.2 on the Richter scale.

In the past few years, environs of Accra have been hit by a series of earth tremors of magnitudes ranging between 2.6 and 3.9 on the Richter Scale.