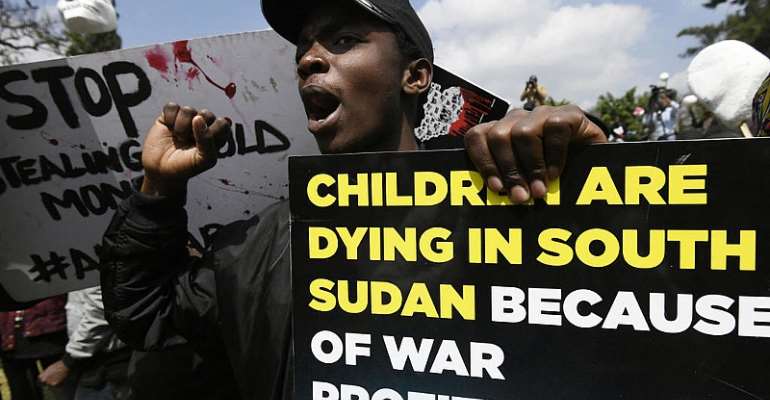 A new report by Front Line Defenders reveals that human rights activists in South Sudan are facing threats, intimidation and harassment, with those seen as a threat by the government becoming a target.

Many human rights defenders have been forced to leave South Sudan and end up becoming one of the millions of Sudan Sudanese refugees, according to the Dublin-based non-governmental organisation.

Some of these activists continue their advocacy for human rights from abroad, but this does not necessarily mean they escape the cross-hairs of the government in Juba, the report published on 18 March says.

The country's National Security Service (NSS) intelligence agency, under direct supervision of the South Sudanese presidency, is responsible for a large part of the threats, the Front Line Defenders publication says.

Governments in Uganda and Kenya are notable for giving South Sudanese actors the freedom to target human rights workers, with NSS agents thought to be operating in South Sudan's southern neighbours, the 43-page report claims.

Refugees seeking safety are supposed to be free from the persecution they suffered in their home countries, but South Sudanese refugees are unable to live without fear, believes the NGO, which works specifically on protecting human rights defenders.

“The governments of neighbouring countries, Kenya and Uganda especially, bear a responsibility to protect the refugees they welcome on their territory,” says the report.

Front Line Defenders says that Kampala and Nairobi are breaking international law by allowing NSS agents to intimidate and carry out abductions on their soil.

Human rights activists having fled South Sudan are subject to threatening calls and government actors undertake initiatives to locate them through their family and friends, according to cases documented by the NGO.

Actors linked to the authorities in Juba have attempted to run surveillance, kidnappings and return them to South Sudan forcibly, says Front Line Defenders.

“There is a real and pervasive climate of fear,” says the Irish NGO, describing how refugees are forced to limit their movements, change their location, keep their details secret, and ultimately reduce their human rights work to avoid being targeted.

One human rights activist, the report calls Daniel, had previously documented abuses and corruption. He started to receive phone calls and messages from an unknown person.

Despite changing his location and telephone numbers several times, the threatening contact continued, eventually forcing him into exile and making him reevaluate his safety.

South Sudan suffered five years of bloody civil war after breaking away from Sudan. Some 400,000 people lost their lives and 4m were forced from their homes.

I dare confused, boastful Shatta Wale for a battle at stadiu...
25 minutes ago