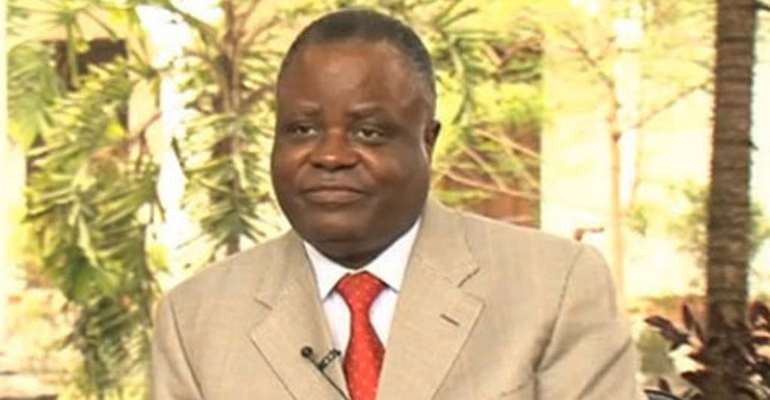 Supporters of two candidates in Congo Republic's presidential election say that last Sunday's poll, which handed victory to incumbent Denis Sassou Nguesso, was marred by vote-rigging and that the courts should annul the result.

Provisional results on Tuesday showed that Nguesso was re-elected with more than 88 percent of Sunday's vote, extending his 36-year rule in the Central African country.

Mathias Dzon, who came third with 1.9 percent of the vote, said he will file an appeal with the constitutional court on Thursday asking that the election be annulled because of vote rigging.

The party of candidate Guy Brice Parfait Kolelas, who died hours after the polls closed, is alleging fraud based on vote tally sheets showing more votes for the president than voters at three polling stations, and 100 percent of votes at another.

At a news conference, Dzon described the election as "a disastrous vote, rigged and marred by countless irregularities".

"I laughed heartily, because for me it was a bad-taste joke," Dzon said, referring to the provisional results.

He questioned the validity of the results, published just 48 hours after polling stations closed.

“It's not in one day that you can compile results from all over Congo,” he said.

Jean-Jacques Yhombi-Opango, Kolelas' main ally and who arrived in second place with 7.84 percent of the vote, expressed similar doubts.

“I would like to know what kind of equipment they used,” he told RFI. “They say we don't have biometric equipment so I'm rather surprised it was done so quickly, it's not normal.”

The opposition contests, in particular, votes from the forest regions in the north, more than 900 kilometres from the capital Brazzaville. But a spokesperson for Nguesso's campaign rejected the accusations saying the opposition should have been better organised.

“The State has channels for transmitting information. If [the opposition] was better organised they could have them too,” said Anatole Collinet Makosso. “The State must not subordinate the way it operates to the dexterity, diligence or non-diligence of individuals. It's not possible.”

The opposition also contests article 70 of the Congolese constitution which allows for a vote to be postponed in the event of death or impediment of a candidate ahead of the first round.

Kolelas was hospitalised for Covid-19 on Saturday 20 March, on the eve of the presidential election. He died on polling day itself, as he was being evacuated to France for treatment.

Dzon alleges that the government concealed the severity of Kolelas's illness before the vote to avoid the polls being postponed, as required under article 70.

Such an argument has been ruled out by the Independent National Electoral Commission (CENI). On Monday, its president Henri Bouka declared that the poll was valid because Kolelas died after the vote was held.

Education minister Makosso was confident, saying it was up to the constitutional jury to decide.

Human rights campaigner Joe Washington Ebina remained deeply sceptical. “There are so many social problems in Congo-Brazzaville that it's impossible for the president to be elected with 88 percent of the vote,” he told RFI. “The figures don't correspond to what Congolese people are living through, it's unreal. But we are not fooled.”

Civil society groups along with Congo's influential Catholic Church have also expressed "serious reservations" about the transparency of the polls given the internet was shut down on election day.