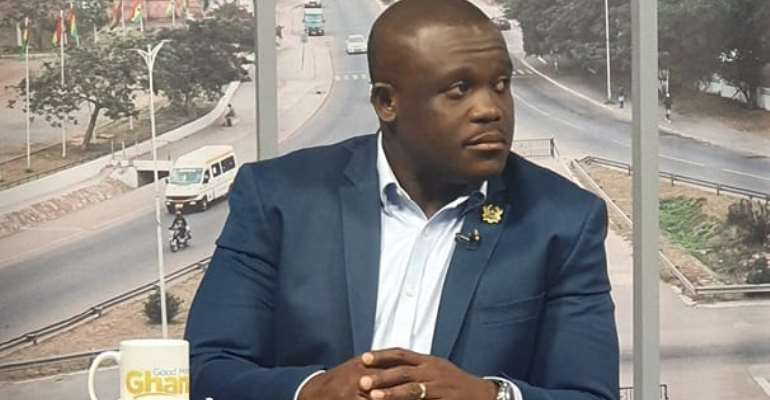 The opposition Member of Parliament for Ningo Prampram constituency in the Greater Accra Region, Hon. Sam George says his political future has been threatened after he condemned LGBTQ advocates and their financiers in the country last week Friday.

According to the lawmaker, after making his comments on TV last Friday, February 19, he received a call from an unknown person the next day who said they [LGBTQ people] will use their financial power to ensure that he [Sam George] loses the next parliamentary primaries he may be contesting in his constituency.

He added that the caller said they will teach him a lesson.

This, he says got him irritated and has since decided to go all out to fight and speak vehemently against the activities of the LGBTQ people and those funding them.

"You know when I spoke first last week Friday on a TV network, over the weekend; I got a call and that's what has irritated me and made me go all out that let's have an all-out fight.

"Someone told me that look, do I [Sam George] know how rich the LGBTQI community is and that they will bring money and make sure that me, the platform that I have as an MP that I think gives me the right to speak; they will meet me at my primaries," he revealed yesterday, February 25, 2021 on GhOne Television.

Hon. Sam George is one of the lawmakers who has been calling for a crackdown on LGBTQI+ advocacy and activities in the country.

He recently called for expulsion of the Australian Ambassador to Ghana, Andrew Barnes and the Danish Ambassador from the country for allegedly gracing the opening ceremony of an LGBTQI+ office in Accra.