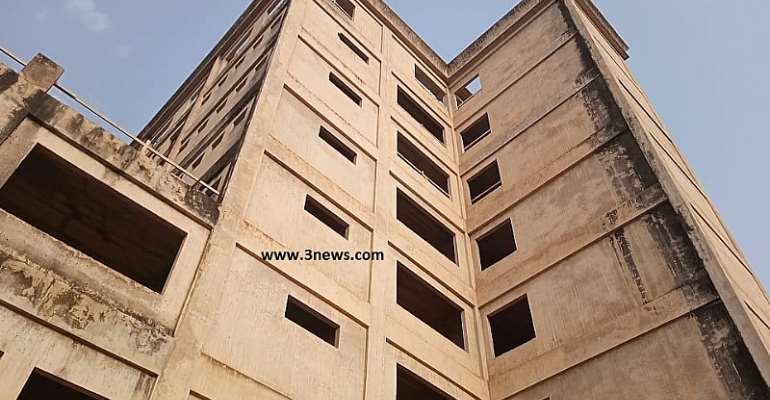 The Ministry of Health (MoH) has justified the demolition of the Mother and Baby Unit project at the Komfo Anokye Teaching Hospital (KATH) that had been abandoned for 45 years.

The Ministry explained that the old MBU building, due to its exposure to the weather, could not last for the next five to 10 years.

Hence, its maintenance will be more expensive than building a new project to serve the people of Ashanti Region and beyond.

Head of Architecture and Engineering, Infrastructure Directorate, at the Ministry Richard Vanderpuye explained that the basis for the decision to pull down the entire building was based on independently verifiable engineering facts.

According to the structural integrity test, the Ministry said it independently conducted, “there are acute defects such as thorough rusting of iron rods, deep cracks, gaps in walls and floors rendering the project a death trap which may cause disaster in near future”.

The Ministry of Health is confident pulling down the project will do more good than harm as they explained the pillars holding the structure have lost it's grippings, adding that “the pillars are just hanging in there for the time being”.

“The cracks are visibly gapy, the entire structure would have crushed down. It was just a matter of time,” Mr Vanderpuye told Akoma FM‘s Nana Asenso Mensah during a tour at the project site Wednesday, February 24. 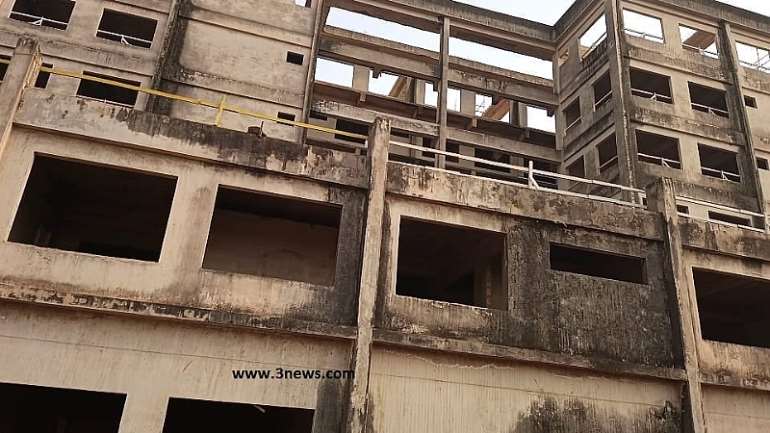 Meanwhile, the Ministry of Health (MoH) and the management of the KATH together with Contracta UK Company Limited, the contractor working on the redevelopment of the Unit, have agreed on a new design with a reduced bed size.

At a detailed brief presentation, which preceded the tour at the project site, in a short documentary showing cracks and weakness in portions of the building, Mr Benjamin Ampomah Nkansah of the Infrastructure Directorate at MoH took the media through slides.

He explained the current state of the project and plans for its reconstruction in the wake of concerns by the public about its reported demolition due to its structural integrity defects.

Mr Vanderpuye explained that “the old building has exceeded its life span and in terms of risk, cost effectiveness, it would be more expensive to maintain it than rebuild”.

The over four-decades-old maternity block was started by Ghana’s former Head of State, General Ignatius Kutu Acheampong in 1976 but was abandoned midway after his overthrow for lack of funding.

The structure over the years have gone through various enhancements after Ghana’s former late president, Jerry John Rawlings, in 1999 pulled down the entire building and started a new structure but again could not be completed due to lack of funding.

Former President JA Kufuor did his bit as during his tenure major works were done on the project but couldn’t see day light as a result of lack of funding.

On May 15, last year President Nana Addo Dankwa Akufo-Addo together with the Overlord of Ashanti Kingdom Otumfuo Osei Tutu II cut the sod for the old building to be completed after MoH through Parliament had secured a loan of €138.5 million.

Contractors were quickly mobilised to site, but after an engineering and risk assessment, it was concluded that the old building ought to be pulled down.