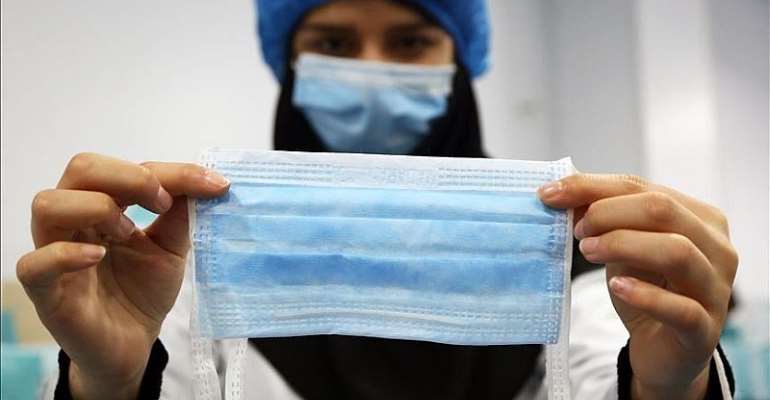 Nkawkaw, the District Capital of the Kwahu-West Municipality in the Eastern Region has recorded the highest confirmed cases of COVID-19 in the municipality due to commercial activities that go on there.

In view of this, as part of Hot 93.9FM's "Dwene ho biom" political talk show activities to investigate important issues in society, the Eastern Regional correspondent for the show, Isaac Osei was sent to the Holy Family Nursing College at Nkawkaw after hearing that some students of the school have tested positive for the Covid-19 virus.

According to Isaac Osei, eight students at the Nursing College have tested positive for the virus - but the management of the school has allegedly decided to cover it up to prevent the school from being closed down.

According to him, the Principal of the school refused to speak to him with the excuse that she only reports to the Municipal Health Director, Madam Celestina Asante.

However, the compound of the school is not big enough to accommodate the number of students in the school considering the preventive measures of COVID-19 (social distancing), which poses a threat to the health of the students.

After many struggles, the reporter was able to speak to some students who expressed their fear and displeasure at the situation, calling on the Municipal Health Director to visit the school and fumigate the compound for them or better still, close down the school.

According to the students, 23 persons have already allegedly tested positive for the virus but are being kept at the guest house of the school instead of getting them treated at the hospital, to isolate them from the rest.

More so, there has not been any mass testing or contact tracing exercise in the school which frightens them a lot. In a live interview with one of the female students, she affirmed that although wearing a nose mask is compulsory, other safety measures are not adhered to, posing them to health threats.

She added that 3 to 5 students share the same room depending on the size of the room. The students wish that the management of the school would allow them to go home to prevent the rest of the students from contracting the virus.

In the interview, she confirmed what the female student who was interviewed had said. However, she added that she is only aware of 8 confirmed cases of the virus in the school.

She further assured that there has been some testing that is awaiting results thus promises to come back and give out the results when they are made available.