Tribute To My Dear Wife Constance 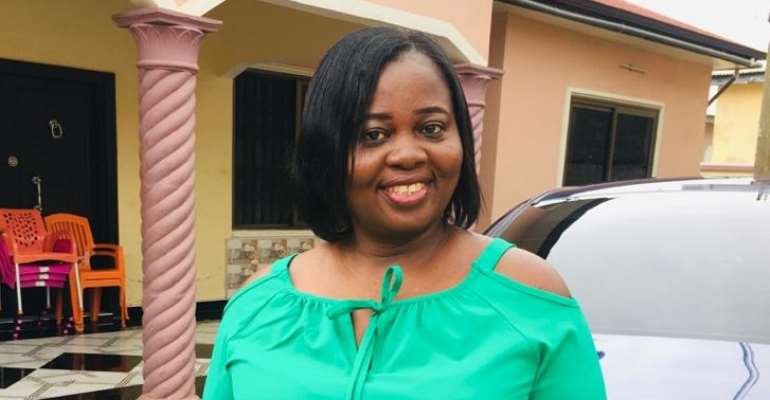 This person called Constance Sarfo at whose memorial service we are here gathered is a person who needs no long introduction. Her tribute writes itself, and no matter how you begin it, somebody will continue it and others will take forever to complete it. And of her records in life, all of that is written in the memory of those who knew her. When she passed, the multitudes of family, friends, classmates and relatives who called me described her to me: The person she was, her attributes, her character, her compassion, her wisdom and her kindness; and this tribute is merely a repetition of what they told me. In other words, all of them described my own wife to me.

My nephew said that nobody brought into the family such a noble wife. My classmates said that she did for them what nobody’s wife could do for them, opening up her home for them to come and go as they pleased. A traditional chief among my mates said of her that she honored me and made me more preeminent among my peers. To wit, she was the jewel of my crown and the badge of my honor. There was one classmate trying to describe her attributes in a song. That song will be very long indeed if he intends to describe her fully. My own family described her as the bridge to the bottom of my heart. Her family described her as the pillar in their lives.

Of those she has influenced, educated and inspired and encouraged, we will not attempt to count. When she began her teaching career, she taught her pupils how to read by first grade, through a skill she developed herself, thereby setting them up to succeed in life. In a village called Gboloo Kofi, she raised the first cadre of students who emerged from the forest to advance in life. These people came to her with gifts every Christmas.

She was the mother of many people, receiving into her house many young adults, encouraging them and feeding them and cracking jokes with them.

She was also the happiest person I know. She made her own heaven right here on earth and lived in it. She never complained, never argued, never competed for attention and never said any angry word to anybody. Peace was her hallmark. And she shrouded the world in it wherever she went.

Of me as her husband, she tolerated my excesses and misbehavior with uncanny calm, and she controlled me by not controlling me. She extolled me as the best in the world despite all my fault. She always made me remember the man that told me a long time ago that I was so ugly that if I didn’t study hard enough, no woman would marry me. Whenever I thought of my wife, I wished that man had lived to see her.

She has died with my secrets, because only she knew me well enough, more than my father or mother or friends and siblings. Only she understood me and handled me with confidence. Last month, I was angrily insulting my son and yelling that he resembled a goat. My wife calmly observed the spectacle; and when my son left, burst out laughing and remarked, “We have the senior goat right here!” I laughed so hard that my anger disappeared. We had lively conversations and cracked jokes and laughed out loudly although I lived abroad. I will miss her laughter and great humor. Right now, I often get up to dial her number only to realize that she is gone.

She was promoted to Suhyen SDA Basic school as headmistress and was at post for only a week; but she brought a unique spirit to that school, for which everybody will describe for years to come. She was looking to teach reading to the kids in first grade. She was looking to build a computer center, a toilet facility and a library…..She told me of many of her plans and policies which I could also support.

I would say that although her life has been cut short, what she failed to do can still be accomplished. But of her character and personality itself and spirit, that is where the loss will be greatly felt. I don’t believe she can be easily replaced. After all my travels, I never saw anybody else like her in my entire life, and so will many who know her attest of her.

I was looking to spend the rest of my life with her, even while our children leave home in future to pursue their careers, to grow into old age with her and find the utmost happiness with the spouse of my youth. But here she lies, gone too soon at the prime of her life and at the pinnacle of her happiness. This tribute is ill-timed and written by the wrong one of us.

But now that she is gone, we cannot grieve too much because she will not like it. Her personality will abhor it and her character will not permit it. Therefore, the only honor we will give her; and the dignity we will confer on her, is to live out her dream, emulate her character, and accomplish her mission and vision, all for her family, her students, her community and humanity.

If we do that; or when we do that, we will have accomplished her wish and hope for this world, and lived the remainder of her days in good deeds on behalf of her. To this end shall we commit ourselves in her eternal memory.

Constance, the wife of my youth, the love of my life and the mate of my soul, may you rest in perfect peace.