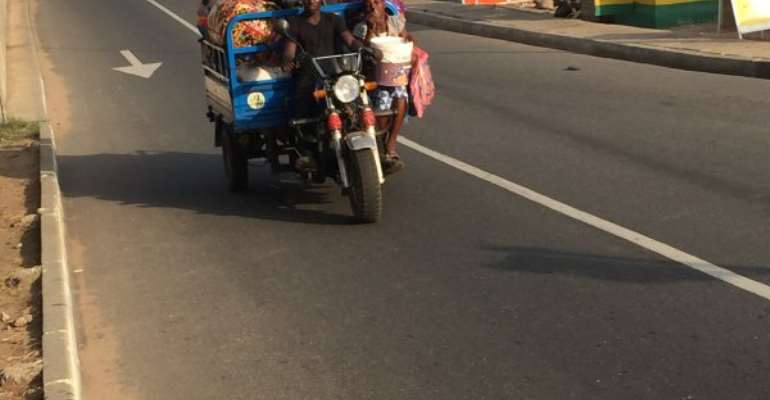 Some unhappy residents of Garu in the Upper East Region have decried the spate of accidents caused by Tri-cycles, popularly called 'motor king' and called for the proper regulation of the riders who are mostly teenage boys.

They said the boys were inexperienced and rode recklessly.

Mr Christian Alalba a resident and teacher by profession confirmed the situation to the Ghana News Agency in an interview and said the services of 'motor king' caused more harm than good.

He said the large number of people conveyed at a time, in the buckets of the cycles, coupled with careless riding often caused them to fall over especially when negotiating a bend.

He said the 'motor king' commonly served rural communities especially during times of emergencies and was considered the cheapest means of transport to travel on by traders who use them to go to nearby markets on market days.

Mr Gilbert Abangiba, a nurse and victim of one of such accidents, described the riders as reckless boys who caused needless deaths.

He said most of the cycles had no reflectors and had poor lighting systems at night.

He said with the upsurge of COVID- 19 and the high number of people found on each motor king and non-adherence to wearing of nose masks endangered many lives.

He, therefore, appealed to the Motor Traffic and Transport Union (MTTU) to regulate the riders and monitor the number of people or quantity of load they take to reduce the accidents.

Police Inspector Ernest Quarm of the Bawku Police command said even though many of the accidents were not reported to the Police, January 2021 recorded five.

He said riders and the general public had been sensitized on speeding but they remained adamant, “we do conduct unannounced operations to arrest speeding drivers and those who overload passengers”.