The Tema Regional Police Commander DCOP Barima Tweneboah Sasraku II has assured the Chiefs and people of the Region of adequate steps put in place by the Command to deal with numerous criminal cases associated with Land Disputes in the Region.

According to the Commander, it was time Chiefs and Traditional Leaders differentiate between the criminal aspect of land disputes and those that need to be settled by the Traditional Councils.

He said the Command would go hard on persons taking undue advantage of areas with land disputes to perpetrate crime - all in the name of landlords and land agents.

DCOP Sasraku II was reacting to some concerns raised by the Kpone Traditional council on the growing rate of land and boundary disputes in the area when he paid a courtesy call on the Paramount Chief Nii Tetteh Otu II.

The Regional Commander later paid a working visit to the Kpone Katamasno District Assembly where he was assured by the District Chief Executive, Hon. Solomon Tettey Appiah of his office's readiness to support the Command in any form to combat crime in the District.

The Regional Police Commander, also visited the B5 Group of Companies, one of the largest Steel Producing Companies in the Region, to ascertain for himself, security issues confronting their operations.

He also visited the Kpone and Dawhenya District Police Posts, where the Commander interacted with both Senior and Junior Police Officers to have first-hand information on challenges facing their operations as well as their Welfare. 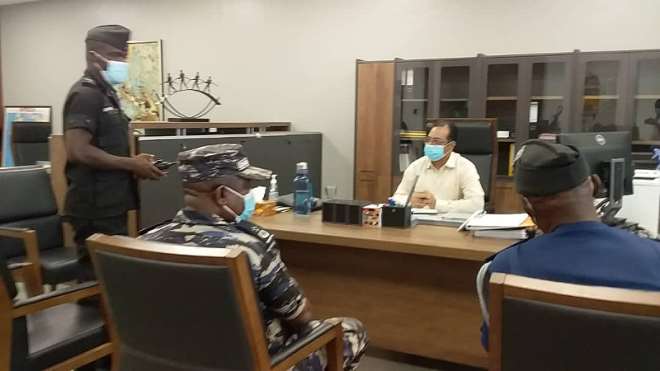 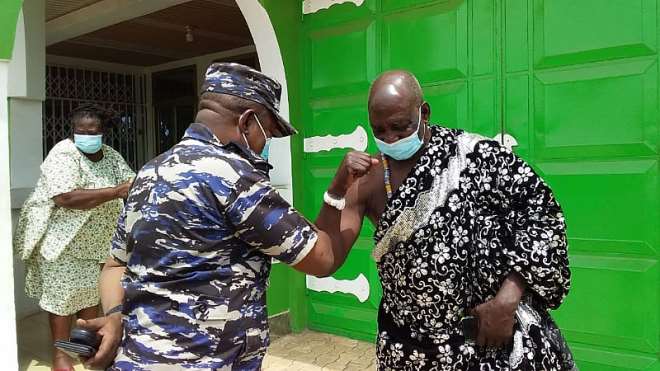