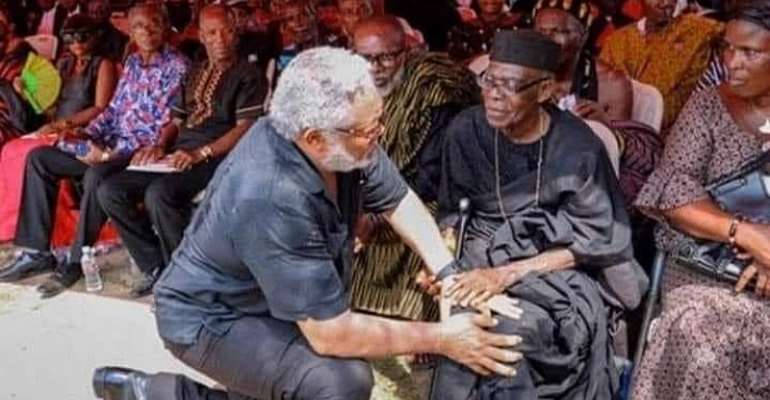 The Former member of Parliament, Saudi Arabia Ambassador and Now the National Vice Chairman of the National Democratic Congress Alhaji Said Sinare, has described the late former President of Ghana, Jerry John Rawlings as a man of integrity whose lifestyle always bore the hallmarks of his humble beginnings.

Referring to the departed hero as one of ‘the pivotal figures who helped change the destiny’ of Ghana for the better, the former Ayawaso Central Member of Parliament said President Rawlings was a realistic permeate with a sense of realism who understood the dynamics of the change initiated by the 31st December Revolution.

In a Facebook post, the National Vice Chairman of the NDC Said, Rawlings, the founder of the NDC and the former President of Ghana was a man for the Vulnerable, Very Unassuming, Patriotic and very Democratic to the core.

He proceeded to add that, Rawlings happened to be the roots of Ghana's Socio-Economic fortune when he Seized power as a captain in the Air Force

You can not talk about Ghana's March to Economic freedom and Political stability without Mentioning Rawlings Name, The Vocal vice Chairman, Ambassador Alhaji Sinare Added.

He fought to capture political power not to enrich himself and his family's but rather to ensure the national cake is shared equally, Mr. Sinare concluded.