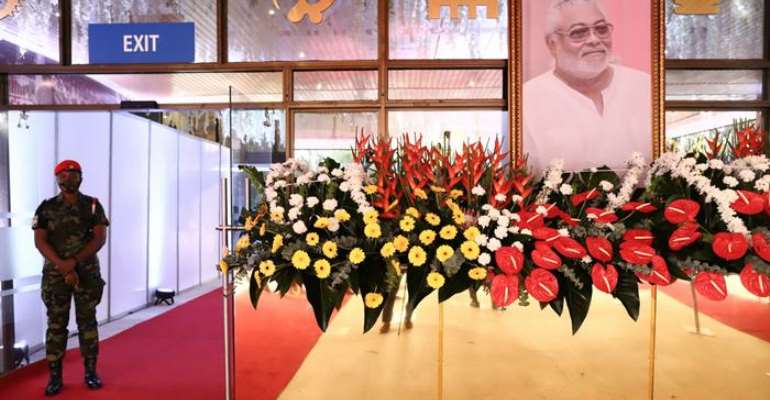 The immediate past Managing Director of the Accra Digital Center, Mr Kofi Ofosu Nkansah has hit back at the Anlo Traditional Council and the people of the Volta Region who are accusing government of turning the funeral ceremony of the late former President Rawlings into an Akan culture.

According to Nkansah, the blame being directed at government by the Ewe public and the Anlo Traditional Council should be directed to the funeral planning committee which was chaired by James Victor Gbeho who is also an Ewe.

He however acknowledges that the display of Ewe culture is what should have characterized the funeral of the late statesman who hailed from the Anlo State in the Volta Region.

He added that the display of Akan culture at the funeral must have been a mistake committed by the funeral planning committee.

In a Facebook post sighted by this portal, Mr. Nkansah stated, "I just scrolled through the laying in state programs for Papa Jay at the AICC and confirmed that only Akan traditional dances were done; That must have been a mistake by the Funeral Planning Committee which was headed by Senior Citizen and diplomat, James Victor Gbeho, an Ewe.

"So, if there is any blame, it should go to the Planning Committee and its head and not people who were not involved in the planning," he emphasised.