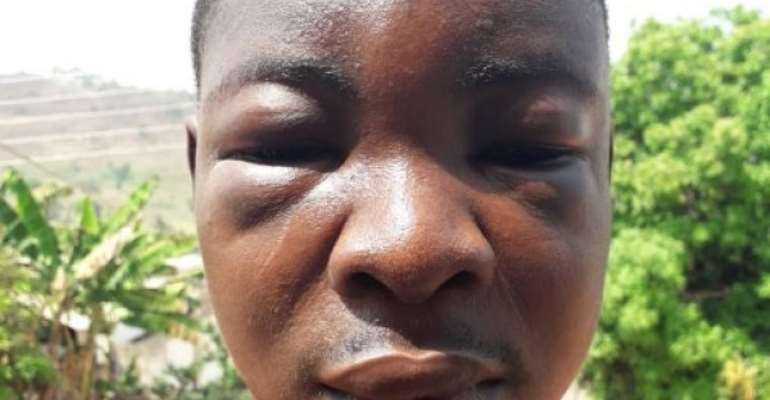 Koku Adzi, 28, a farmer of Wudesi near Adaklu-Waya, who stabbed and robbed a motor rider and took away the bike has been jailed by a Ho Circuit Court to 20 years imprisonment in hard labour.

He pleaded guilty to the offence and was convicted on his plea for robbing Wonder Agbenyenufe, 26, the motorbike rider.

Prosecuting, Police Inspector, Patience Kuade told the Court presided over by Mr Felix Datsomor that the complainant is an "okada" rider and resident of Vedome near Adaklu-Waya while the accused is a resident of Wudesi.

Inspector Kuade said on January 17, this year, at about 1000 hours, the convict engaged the services of the victim at Adaklu-Waya to take him to Vedome.

She said upon reaching midway of the journey, where there were farms, the convict held the neck of the victim and stabbed him in the right rib with the rider and pillion falling to the ground.

Prosecution said the convict, who overpowered the victim then strangled him in a vicious attempt to kill and eventually ran away with the new unregistered Sanya bike worth GH¢3,500.00

She said the victim after gaining consciousness reached out to some friends on phone who quickly came to his aid, sent him to Adaklu-Waya Police station to report the incident and subsequently issued a medical report form to attend hospital.

Inspector Kuade said information was sent to the towns around the area regarding the incident and to be on lookout for the accused, and he was arrested by a mob at Vedome, who handed him over to the Police.