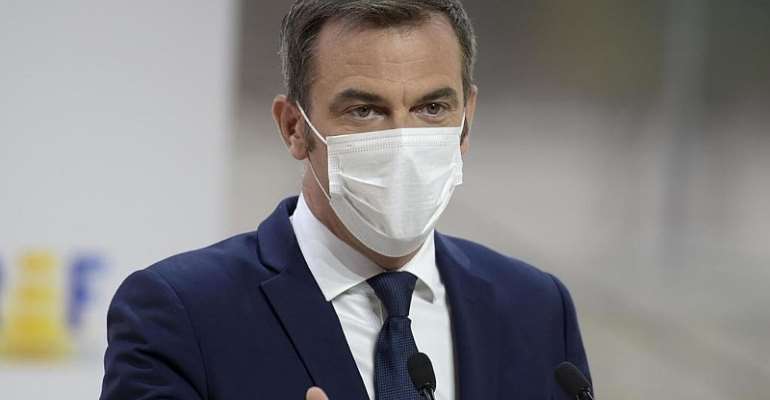 French health minister Olivier Véran warned on Thursday night of a third national lockdown to stem the tide of coronavirus infections and deaths.

More than 70,000 people have died in France since the start of the pandemic in January 2020.

The stubbornly high daily numbers of fresh cases come despite the government's curfew between 6pm and 6am.

"We are hoping for positive effects from the curfew,” Veran told the French TV station LCI.

“If the situation should change, if we are on an epidemic slope because of the British variant, we could go as far as a lockdown if that is what we need to do.”

Race
French health chiefs say they are in a race against the clock to curb what has been dubbed the British variant - a more contagious strain of the coronavirus.

"We are doing everything we can to prevent it from spreading throughout the country," Veran said. "We are doing contact tracing and we are isolating people who are in contact."

Hours before Véran's interview on national television, European leaders gathered in Brussels to thrash out a plan to boost production of vaccines and speed up deliveries.

The meeting took place following criticism that the vaccination roll-out has been too slow throughout the continent.

Earlier this week the European Commission urged its member countries to vaccinate 70 percent of adults by the summer.

On Thursday, Véran said that France's vaccination programme - which, according to government figures is running at 700,000 jabs per week -  would be completed by the end of the summer.

"We decided to vaccinate massively in January," added Véran. "There will be vaccination reminders in February. We will have vaccinated 4 million people by the end of February.

All French people will be vaccinated by the end of August, provided they have the vaccines."