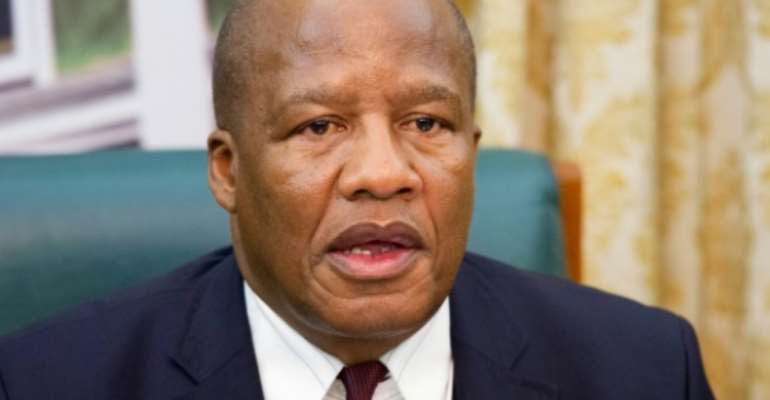 Jackson Mthembu, a minister and presidential advisor who was the public face of South Africa's fight against Covid, has died from the virus, the presidency said Thursday.

"It is with deep sorrow and shock that we announce that minister in the presidency Jackson Mthembu passed away earlier today from Covid-related complications," President Cyril Ramaphosa said in a statement.

"Mthembu was an exemplary leader, an activist and life-long champion of freedom and democracy," he said.

Mthembu, 62, was the senior-most of six South African cabinet members who have contracted Covid-19, and the first to die from the disease.

His death follows that on Wednesday of Zimbabwe's foreign minister, Sibusiso Moyo -- the third minister in South Africa's neighbour to succumb to the microbe.

Mthembu last week announced he had tested positive during a check-up for "abdominal pain" and said plans were underway to test his family members and close associates.

The veteran politician was among a group of parliamentarians who drafted South Africa's liberal constitution at the end of apartheid.

He served as spokesman of the ruling African National Congress (ANC) from 1994 under the country's first democratically-elected president, Nelson Mandela, and continued in that role under his successor Thabo Mbeki.

Mthembu acted as a stern and vocal chief whip of the ANC in parliament during the presidency of Jacob Zuma, who was forced out of office in February 2018 by corruption scandals.

South Africa's second coronavirus wave has battered the country, fuelled by a virus variant believed to be more transmissible than the prevailing strain in the first wave.

The country has registered over 1.3 million cases since the start of the pandemic, of which 38,854 have been fatal.

Election Petition: I disagree with process of trial and ruli...
31 minutes ago