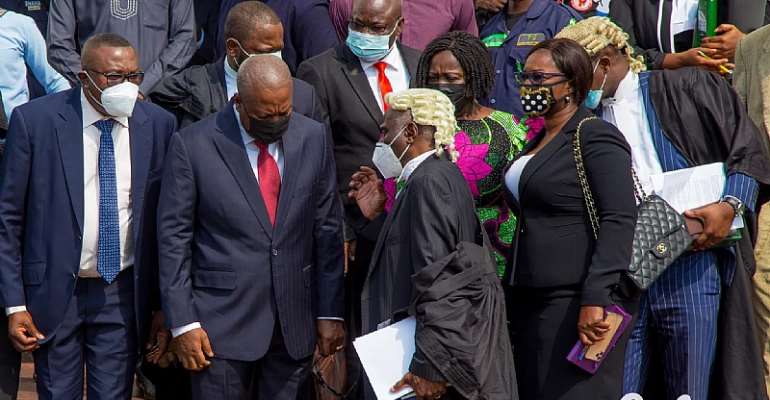 Former President John Dramani Mahama has filed an application for stay of proceedings of the 2020 Election Petition.

John Mahama, through his lawyers earlier this week filed a motion at the court seeking a review of the Supreme Court’s ruling denying him the opportunity to put some 12 direct questions [interrogatories] to the Electoral Commission, which he argued would have helped narrow down the issues for trial.

“The court is of the opinion that the crucial issue of relevancy has not been established in this application…We accordingly refuse to grant the application and same is accordingly dismissed,” portions of the ruling by the seven-member panel of Justices hearing the case stated.