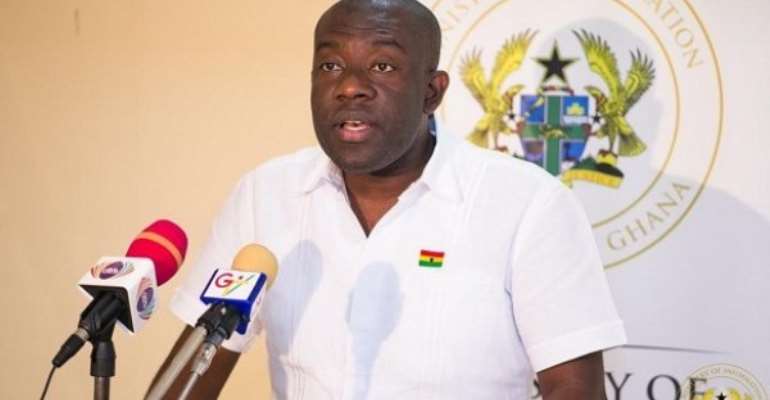 Kojo Oppong Nkrumah, one of the spokespersons for President Akufo-Addo in the 2020 Election Petition, has contended that lawyers for former President John Mahama are creating "media spectacle" with the intention of making him gain "political clout" for the 2024 Election.

He said the former President's lawyers' theatrics during court proceedings were also meant to delay the election petition and potentially infringe the provisions of C.I 94, which has limited adjudication of a Presidential election petition to 42 days.

Mr Oppong Nkrumah, in a media interview after the pre-trial hearing on Wednesday, said those theatrics would give the former President an urge over other presidential hopefuls, who would want to run for the flagbearership of the NDC's ticket in the 2024 elections.

“On the first day when we came, our colleagues on the other side started off with an interlocutory application, asking for leave to go and amend.

"And so they started delaying the 42 days clock. That was granted. The afternoon before we appeared in court, they filed another interlocutory application and so our colleagues are seeking to delay the process and get a media spectacle ongoing for months," he said.

Mr Oppong Nkrumah added that the impression being created by lawyers for the petitioner that they did not have witness statements was untenable since they have had enough time to put it together.

“They are continuously trying to put impediments in the way of the proceedings. Nobody chooses witnesses for him. Mr. Mahama listed five persons as witnesses and that presupposed that he knows who they are, and what they are going to say as witnesses on his behalf," he said.

The NDC's Flag bearer for the 2020 presidential election, John Dramani Mahama, through his lawyers, filed a petition at the country's apex court on December 30, 2020, to challenge the 2020 election results, which the Electoral Commission, declared Nana Akufo-Addo, the NPP's presidential candidate, as the winner and President-elect on December 9,2020.