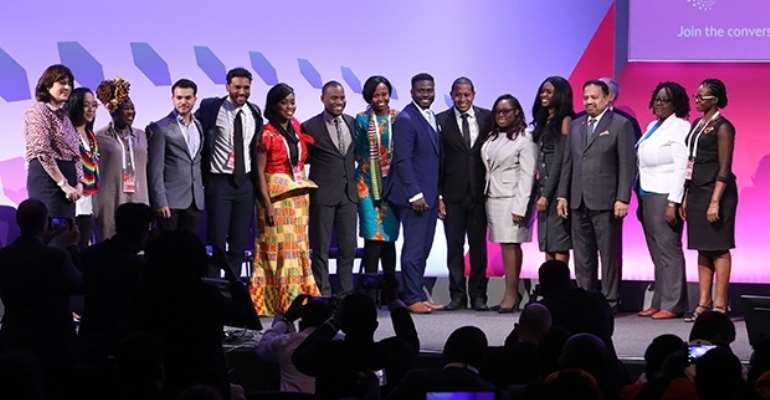 Nominations are open for young leaders to apply to stand for positions on the Commonwealth Youth Council, the body which represents the Commonwealth's 1.4 billion young people. The council, one of the world's most diverse youth-led bodies, is seeking candidates for its nine executive positions to serve from 2021 to 2023.

The elected candidates will develop and run the council, organise workshops and advisory panels, give recommendations for youth development, and attend high-level, policy-shaping forums across the world.

Speaking ahead of the announcement, Commonwealth Secretary-General Patricia Scotland said:

“At a time of unprecedented crises rooted in disease, discrimination, and disaster, young people are at a greater risk of challenges such as poverty, unemployment and learning losses than other age groups. However, they remain positive, engaged, and vocal on the challenges and opportunities.

“Now more than ever, we must harness their exceptional vitality, impressive talent and unique perspective in our recovery and rebuilding efforts.

“The Commonwealth Youth Council is one such platform, which gives young leaders, who best understand the challenges of their peers, a seat at tables to influence decisions affecting their lives and future.”

The call for nominations was first announced last year, however, the entire process was suspended due to the coronavirus pandemic. All interested candidates, including those who applied last year, must resubmit their nominations.

After nominations and clearance, shortlisted candidates will campaign online from 29 March 2021 to 5 May 2021. The elections will take place online on 7 and 8 May 2021, while the results will be announced on 10 May 2021.

Set up in 2013, the Commonwealth Youth Council aims to advance the youth development agenda across the 54 member countries and boost young people's participation at all levels of decision-making.

Apply now to join the Commonwealth Youth Council
The Commonwealth is a voluntary association of 54 independent and equal sovereign states. Our combined population is 2.4 billion, of which more than 60 per cent is aged 29 or under.
The Commonwealth spans the globe and includes both advanced economies and developing countries. Thirty-two of our members are small states, many of which are island nations.
The Commonwealth Secretariat supports member countries to build democratic and inclusive institutions, strengthen governance, and promote justice and human rights. Our work helps to grow economies and boost trade, deliver national resilience, empower young people, and address threats such as climate change, debt, and inequality.
Member countries are supported by a network of more than 80 intergovernmental, civil society, cultural and professional organisations.