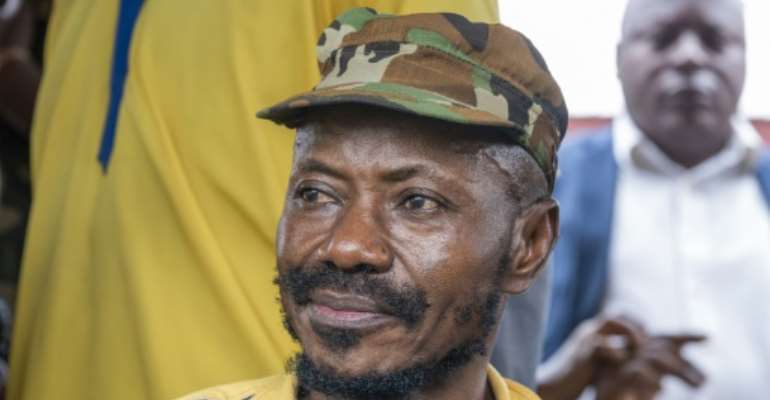 Col. Eddy Kapend, an aide to assassinated president Laurent Kabila, after his release on Friday. By Arsene Mpiana (AFP)

The men were met outside Makala prison in the capital Kinshasa by family and friends, some in tears.

Among those released was the slain president's former aide de camp Colonel Eddy Kapend, who has always denied any part in the plot to murder Kabila, father of Tshisekedi's predecessor and political rival Joseph Kabila.

Lapend left the prison by a jeep under escort.

A 23rd man, former intelligence chief Georges Leta, was also freed but did not appear at a release ceremony with the others due to ill health.

Laurent-Desire Kabila was gunned down in his office on January 16, 2001 by one of his bodyguards, who was then immediately killed. 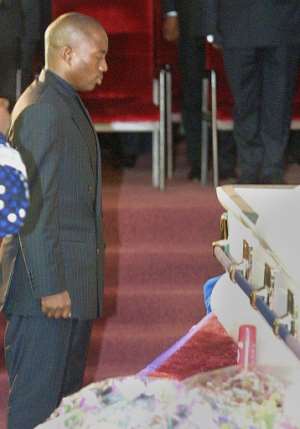 Kabila's assassination plunged DR Congo into a new chapter of turmoil. He was succeeded by his son, Joseph, aged just 29, pictured here at the funeral. By YOAV LEMMER (AFP)

The 23 were firstly handed death sentences, which were then commuted to jail terms by Tshisekedi last June.

He issued the pardon on December 31, several weeks after a coalition he formed with Kabila supporters ended.

The pardons are "for purely humanitarian reasons," deputy justice minister Bernard Takaishe told the 22 men at the ceremony, stressing that this did not amount to a "blank cheque".

"You can't just go out tomorrow and get yourself into the kind of situation which deprived you of your freedom," he warned them.

Takaishe also said that pardon would not erase their criminal record.

The measure was taken "quite simply because we want to put the country back on track, to bring some peace to the Congolese people," he told them.