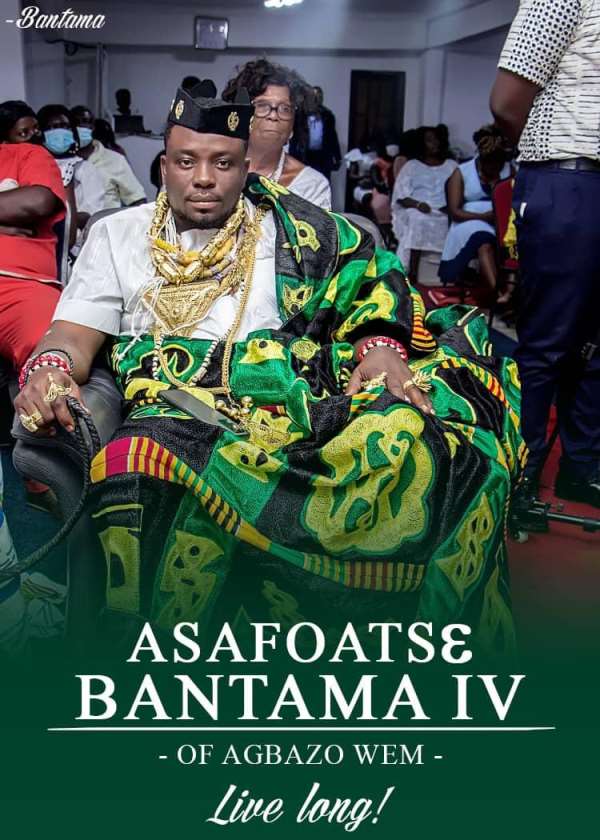 The Nuumo Awuley Kwao Family of Mitotso in the Ningo/Prampram District of the Greater Accra Region has jumped to the support of government over its quest to develop a parcel of land at Dawhenya to boost commercial activities in the area.

Reacting to a recent media publication in which some persons who claim they are Dawhenya Residents Association claimed they were being harassed on their land by some uniform men who claim the land belongs to government, Asafoiatse of Agbazo Wem of Prampram Nene has stated that the harassment is neither here nor there as the illegal occupants of the land were aware that the land indeed belongs to government before going ahead to purchase it from wrong hands being the Arden/Dapor Families.

At a press conference, spokesperson for the family who is also the Asafoiatse of Agbazo Wem of Prampram, Nene Bantama said the land in question was allegedly stolen and sold to the unsuspecting settlers by some members of the Arden and Dapor Family who do not own any land in the area.

He therefore urged government to go ahead and clear the settlers and develop the land for the benefit of the people of Dawhenya, a suburb of Prampram.

He noted that the gang was once arrested, prosecuted, fined and imprisoned for same act but just after their release they are back to work as usual.

He urged government to ensure that the illegality in the area ends as he challenged the Arden and Dapor Family to prove with documents, their ownership of the said land.

“The Arden/Dapor Families have no land at the Prampram Traditional Area which includes Dawhenya, Miotiso and Prampram itself. The Land, they claim is theirs which they sold to the said Residents Association does not belong to them.Government has legally acquired that land for the betterment of the Prampram people so government should put all measures in place to develop its lands” emphasized, Nene Bantama.

He dared the Arden/Dapor Families to show their judgement on the said land and indicated that government did due diligence in acquiring the land as the rightful owners of the land being the Lakpleh people of Prampram.

“We the Lakpleh people gave the land to government for its development. Government wants to boost agriculture to bring growth and development to Prampram so we will not sit down for a few hungry bastards to grab what will bring process to the masses for themselves oly, no”, exclaimed Nene Bantama.

The Prampram Agbazo Wem Asafoiatse said the Prampram Traditional Council will stop at nothing to see progress and development in Gbugbla.

He said the perpetrators had ever been arrested and prosecuted so he wonders why they have been allowed to continue this illegality.

“I wonder what would motivate persons who have been barred by the law from perpetrating a particular act to go ahead and commit same crime with impunity. These people were arrested for same heinous crimes and imprisoned but look at them at it again how can an ex-convict be left alone by the police to be using AK47 rifle?”, worried Nene Bantama wondered.

He said the perpetrators were prosecuted together with the Lands Commission but the latter came to apologise to the family and subsequently cancelled all forged documentations on the land.

According to Nene Bantama, the straw that broke the camel’s back was an incident that occurred on Wednesday, 23rd December, 2020.

He told the press that the family decided to visit one of their land totaling sixty thousand and sixty point six acres only to meet the perpetrators who had gone to the site ostensibly to sell portions of the land to unsuspecting buyers.

He continued that the family immediately informed the Tema Regional Police Command of the issue and men were immediately dispatched to the scene.

Nene Bantama said the presence of the police didn’t even deter the criminals from going ahead with their intensions.

In the full glare of the Police, Makoko and his cohorts displayed AK 47 riffle and other offensive weapons and threatened to kill the Nuumo Awuley Kwao Family members.

He said they police stood there helplessly without uttering a word.

“Makoko dared me to get down from my car threatening that he will burn me alive in my car and burn all my family members alive and the Police could not utter a word to him”. “In the end we were asked to by the police to retreat from our own lands, The Police couldn’t control Makoko – Makoko rather controlled the Police,” Nene Bantama asserted.

He has thus called on government and the Ghana Police Service to act swiftly.