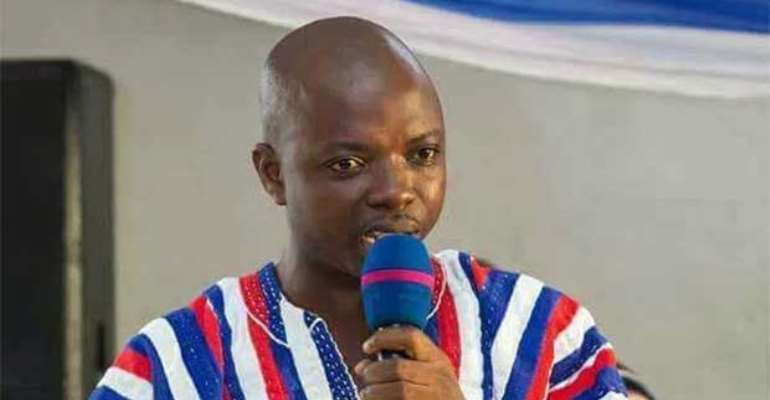 The Regional Executive Committee of the National Democratic Congress, the NDC, has taken notice of a purported dogmatic write-up by the NPP Bono Regional Chairman, Abronye, which, ostensibly, sort to mislead and create an erroneous and misleading impression with the sole aim of winning back his perpetual lost sympathy after his massive failure in the just ended General Election.

The Regional Leadership of the National Democratic Congress in the Bono Region, on Saturday, 2nd January 2021, organized a meeting involving the MPs elect, the Parliamentary Candidates, the Regional Executives, and the Constituency Executives to deliberate on the aftermath of the 2020 General Election in the region.

1. There was no branch Executive at the said meeting

2. There was no NDC Legal Team Member at the said meeting as erroneously peddled by Abronye in his half baked write-up.

3. The Bono Region does not have any oversight responsibility in the affairs of the Bono East Region let alone to file so called injunction on behalf of the Bono East Region regarding the standoff in the Techiman South Parliamentary Election Results. The NDC in the Bono East Region, has able Regional Executives in charge of the Party and are competently deliverying on their mandate without any interference and manipulation as baselessly claimed by Abronye.

It must be placed on record, that these series of regular Regional meetings led to the sharp ''upper cut'' dazing off the elephant fraternity in oozing pool of desperation in the Bono Region.

It is an established fact, that this figment of write-up by an addlepate suggested that the Bono Regional Executives exercise oversight responsibility in the affairs of the Bono East Region for which, this remains a palpable lie, only peddled by a suffocated Chairman. As stated earlier beyond doubt, the Bono Regional Executives cannot have neither an authority nor supervisory role, especially on the unfounded allegation illusioned by Kwame Baffoe, regarding the standoff of the Techiman South Parliamentary Election Results.

The Bono Regional Leadership of the National Democratic Congress will never be distracted by a suffocated Regional Chairman, who, haven't lost the goodwill of his Party due to his disorganized leadership, with a forlorn attempt to rekindle his political career, remains focused and will continue with our routine regional meetings to make the NDC in the Bono Region attractive and appealing to the region.

The Regional Executive Committee of the National Democratic Congress, the NDC, duly entreats the good people of the Bono Region and the General public to disregard this ghost write-up and treat it with the contempt it so deserves.

It’s ridiculous to ask Mahama to prove that no one got 50+ v...
9 minutes ago

Don’t blame your defeat in court on Jean Mensa – Ayikoi Otoo...
22 minutes ago