Treading on a perilous path 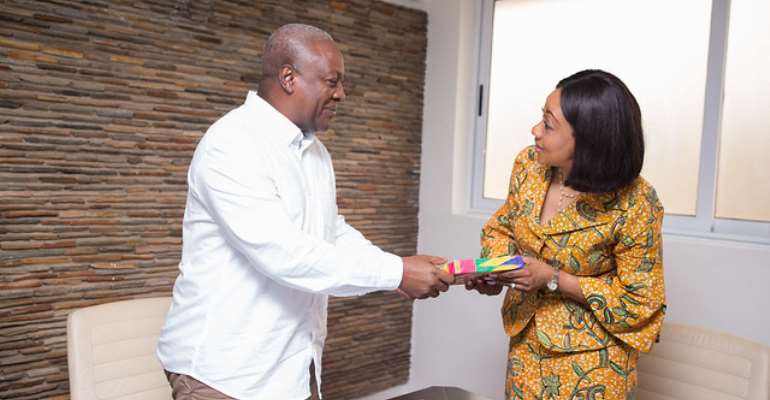 Those advocating for "Civil Disobedience" should know that they are treading on a perilous path. Ghana is being unmade, by the reckless, vicious incitement for political upheaval by the former President and NDC hierarchy; culminating in a strained political relationship that has given rise to crimes and is preparing the grounds to perpetrate all kinds of crime and criminal activities.

The core of our secular-pluralist democracy has continued to live or exist, in spite of sporadic communal violence. But I'm beginning to worry and wander for the reason that, it may not continue to exist due to the ongoing return to hate and bigotry.

The country, as I see it, is being unmade with every passing day. In this perplexed and confused changing situation, as hatred and bigotry are fast becoming the new conforming standard.

Over the last couple of weeks least 12 protests sparked by the elections, have erupted across the country, accompanied in some cases incidents of vandalism and burning.

Hate-mongering is being led powerfully and charismatically by self-profess shady pastors and selfish people from the top. A kind of “command bigotry” – as some ethnic groups are fast being terrorized, with catcalls, and reduced to second class citizens. The line between honest partisan politics and acceptable bigotry has grown too narrow before, during and after the recent elections.

Everywhere, on the streets, in workplaces, in living rooms, in neighborhoods, in television studios and on the internet, there seems to be permissive environment for hate speech and mob violence that labels and targets others. These foolish and unacceptable behavior must be condemned in no uncertain terms, as its repercussions could be disastrous for our country.

The saddest part is the extension of mob violence; post-2020-elections. The deliberate physical damage and destruction perpetrated for political reasons by known or unknown persons.

Those advocating for civil disobedience should know that, in the fortunate event of crises they are first victims of armed insurrection. The legislative arm is the first casualty, so also the executive.

I see a climate of everyday, mostly unspoken dread, been mounted because of the reckless stoking of embers of recurrent, divisive and in my view considered, series of provocative hate speech, threats, incitement and assaults.

What is its purpose? Or is it return of the past? I don't want to believe that, or the aim is to force a single way of living upon all Ghanaians – a homogenized political culture system and a set of societal practices, with violent prohibitions on which party you can support, who you can adore and what you can think, will be absurdity of the highest order.

If this sequence of incomparable events of routinizing systematic hate and violence is not effectively checked and resisted, the danger is that, it will spiral downwards into unending cycles of dark and deepening strife, which will continue to target the innocents and ultimately tear us apart as a people.

The country already has a cascade of military interventions and a troubled history of socially legitimized lack of equality and violence against people belonging to other political persuasions since 1966. And then, a savagely unjust exercise of authority during the heady days of the P/NDC governance, where people perceived to as wealthy and women were at the mercy of God's shelter. And more so, the recent history of horrific bloodletting in the name of political vigilantes and partisan politics.

The country seems to be falling and losing its different angles of political tradition of pluralism, and respect and protection for diverse political theories going back to the time of the "independence struggle".

A political pluralism tradition sustained – after nearly three decades of democratic lull, punctuated by savagely violent intimidation against people suspected to be anti-socialist, pursing them out from the land of their birth – during the anti-socialist struggle, we're able to usher in a fourth democratic society.

After attaining this freedom, we've tried to put behind us our history of cruelty and segregation against the browbeaten, control of military coups and rights of civil liberties which has been claim instead. The part of our civilizational history that was comfortable in diversity and tolerant, as we forged a compact of unity as a pluralist, humane and inclusive democratic nation that has been growing from bounce to bounds.

Despite frequent failures, setbacks and betrayals, there are significant efforts of nearly three decades of the fourth republican dispensation that tend to live up to those promises.

As people, we are not unconscious to the fact that, successive governments to extent has greatly compromised cynically with the secular and egalitarian principles over and over, resulting in failing both their constitutional mandate and the people of Ghana. But through all this, the constitutional core of secular and pluralist democracy has held together.

Notwithstanding, my greatest fear is that, it increasingly appears the central organizing principle of control with respect to civil disobedience by the ruling establishment is not handling appropriately the pocket of civil disorders, and if not dealt immediately will likely fester, and may evolve into anarchy with the passing of time, denying law-abiding citizens their right to exist in an untroubled atmosphere with dignity as equal citizens.

Any informed mind definitely worth its character and nature can see that, the line between honest partisan politics and acceptable bigotry has grown too narrow during recent times. The line has now become so thin between partisan and bigot, such that, there hardly seems room to slip a piece of paper between them. The line needs to be redrawn, which is not easy in a free-speech society. But it can be done.

Jerry John Rawlings and John Agyekum Kufuor kept a firm grip on their conflicting political philosophies while they mutually loathed legislative deadlock. As a country, if we are to move forward, we must elect politicians with like attitudes, people who prefer progress to a stalemate, achievement over status quo.

A philosophy that soft pedals partisan politics, that places progress before party, may be the only line of path to enlightened compromise. But not be blind, prejudiced and unreasonable, and spare the country from treading on a perilous path.