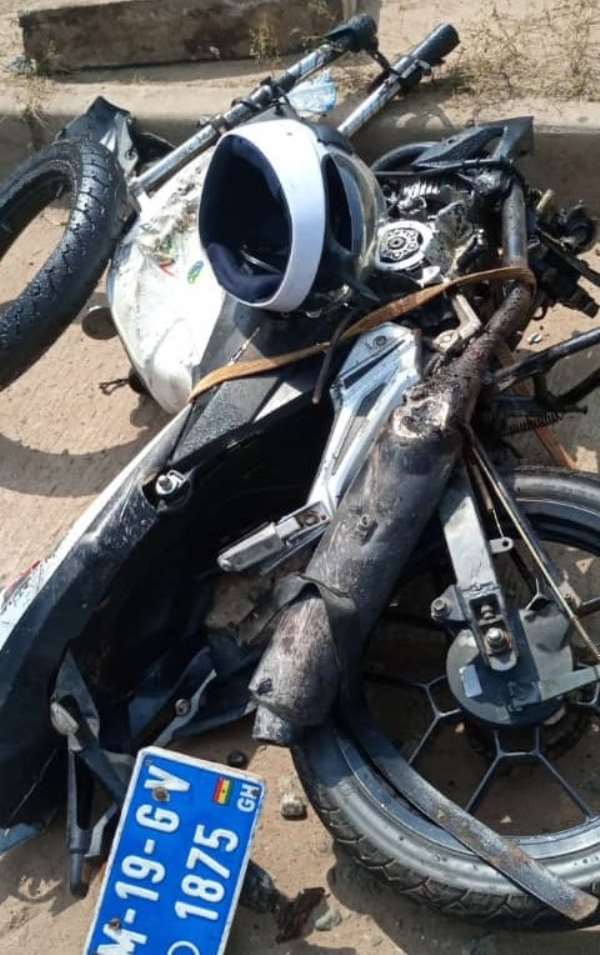 Two persons on a motorbike have died in a collision with a Hyundai H100 vehicle on the Koforidua to Mamfe road in the Eastern Region.

The bodies of deceased persons-Amos Aglago,35, and Samuel Opare,34, have been deposited at the morgue.

Justice Boateng – driver in charge of the Hyundai H100 with registration number GE 6451-15 with five passengers onboard, told Police that he was driving from Koforidua to Mamfe around 7:00pm.

However, on reaching the Mampong Nkwata junction stretch of the road, three persons on motorbike veered off their lane and collided head-on with his vehicle.

The impact, he said, forced the vehicle to run into a ditch.

The motor rider and the pillions sustained serious injuries and were rushed to the Eastern Regional Hospital but Amos Aglago and Samuel Opare were pronounced dead on arrival.

The driver of the vehicle has since been treated and discharged.

Don't succumb to pressure to support LGBTQI agenda – GMM to ...
4 hours ago