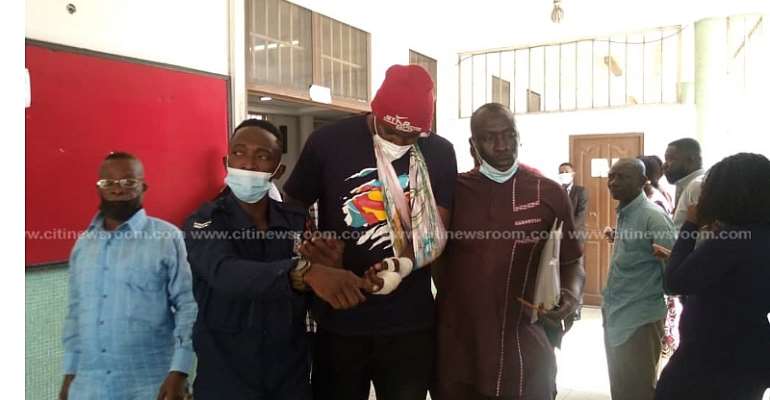 The Accra Circuit Court 4 has remanded one Collins Kwaku, also known as Kola, into police custody for a week after he allegedly fired gun shot at the Ablekuma Central Collation Centre in the just-ended elections.

Collins Kwaku is a National Security operative at the operations unit of the office of the President, according to his counsel, Faisal Cisse.

A journalist, Pius Asiedu Kwanin, was among the persons wounded as a result of the shooting.

He pleaded not guilty to six charges levelled against him at the court.

The charges include causing unlawful harm and the use of an unlawful weapon.

He was denied bail by the court and is expected to reappear on December 24, 2020.

Meanwhile, the General Secretary of the Ghana Journalists Association, Kofi Yeboah who was at the court to solidarise with the affected journalist called for justice to be served.

“We are hoping that the judge will pronounce a judgment by next week. We are going to follow the case closely and ensure that we get justice for our brother and the two other victims who suffered injuries.”

The victim, who is also a level 300 student at the Ghana Institute of Journalism (GIJ) underwent successful surgery at the Greater Accra Regional Hospital on Friday, December 11.

One of the wounded persons from the shooting incident has died.

As far as violence during the polls was concerned, five lives were lost during the 2020 general elections, according to the National Election Security Taskforce (NESTF).