Is it a sin to subvert the sovereign will of the people? 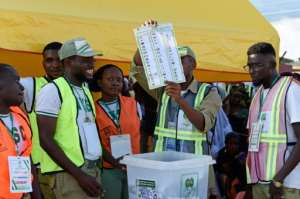 The sanctity of the freewill of the spirit was established at the beginning of time. In the creation story of the Christian Bible, two proposals were evident before our forebears (Adam and Eve) in the Garden of Eden.

The first one was from God that says in Genesis 2:17 thus ‘But of the tree of the knowledge of good and evil, you shall not eat of it: for in the day that you eat thereof you shall surely die’. The second one was from the serpent as was mentioned in Gen.

‘You will not surely die. For God knows that in the day you eat of it your eyes will be opened, and you will be like God, knowing good and evil’. Adam and Eve had to exercise their freewill in making a choice. In their consideration, they chose the proposal from the serpent. The question is; ‘Why did God allow it?’ ‘Why didn’t He redirect their choice to His favour?’

Whilst there are many explanations to the original sin, I will apply the following: The origin of Spirits on Earth in bodily forms called human beings is God, the Creator and the essence of being in bodily forms is to enable the Spirits to grow, mature and become perfect. The Spirit being young in its journey to perfection, requires a conducive environment (visibly or invisibly). Thus the purpose on Earth is to develop the Spirit from impotence to omnipotence, to a state where the young Spirit will eventually manifest all the qualities and be like the Creator, capable of creating things. To this end, Earth is a school whereby the Spirit continuously improves through experience gathering.

From the above, it should be noted that the ‘Freewill’ of every human being is a holy essence that ought to be respected because all are one, contained within God and injury to one is injury to all and God. This principle has spoken to the hearts and minds of humanity in history across social organisation, religious expression and economic activities. It is the underlying and most dominant factor in the drive for freedom and improved governance arrangements.

Democracy is a system that is anchored on leadership by majority decision. It provides the opportunity for people to elect their leaders without any external influence, coercion or inducement. By it freewill is deemed to have the highest expression in governance arrangements, because it affords the individual or group of individuals, the prospect to develop conscience and sound judgment and to periodically, learn the lessons about the choices that were made. Its core values have nothing to do with wealth, class, might, or fame. It is based on the principles of equality of rights which frowns on the abuse of power, non-accountability for the use of resources, arbitrary decision, subjugation of the masses by the few, human rights abuses, despotic laws, clergy connivance, nepotism, cronyism, favouritism and, above all, the philosophy behind class or ethnic distinction including the differential practices between the wealthy class and the masses.

The western imposition of multi-party democracy in Africa in the 1980s as part of governance, economic, financial and institutional reforms was not without opposing views. The key area of concern was that Africa was not ripe for the western system in view of its socio-economic and political configuration. But many years down the line, there is hardly any African country that has not undertaken the western democratic experiment.

Ghana is seen as the trailblazer; since 1992, her democratic credentials have been without blemish. Nonetheless, for the first time in the 4th Republican Dispensation, one contesting party, the National Democratic Congress (NDC) rejected the results as declared by the Electoral Commissioner, Jean Mensa on 9th December, 2020. The opposition party complained that the results contained statistical inaccuracies, padding and disparity of figures in the collation especially, from the regional level to the national level. It also alleged military deployment and brutalities, ballot snatching and stuffing in favour of the declared winner. Prior to the election and on the day of the election, it was alleged that monetary and material inducements were made to influence the choice of voters. The opposition gave indication that it would adopt democratic means to reverse the EC declaration which they considered as tantamount to stealing the sovereign will of the people.

As this matter gains public attention, it is important to examine the effect of tampering with the will of the people from the spiritual point of view. Whilst the moralist or religious person will be remorseful and apologetic for mis-speaking, the wanton individual who kills another, does not have any sense of guilt but will rather savour in insane pride of bravery. It is all about the level of spiritual growth and development.

The average spiritual or lowly developed person does not prioritse the noble values of truthfulness, sincerity, justice, honesty, forgiveness, and humility. He or she is full of deceit, hatred, pride, intolerance, greediness, selfishness, pomposity, and dominance. These qualities are not ordinary, they are potent spiritual essences and they reflect around the individual as his or her aura.

By their fruit ye shall know them or … now we see through a glass darkly, but then face to face… are some of the Biblical allusions that show that these qualities are real and without doubt, expose who or what a person is. A dark, grey light portrays a melancholic and moody person whilst a dark reddish aura shows a wicked, materialistic and greedy person. The nature of individuals in a defined area / territory colour the spiritual atmosphere of that area. This is mixed with the thoughts and desires of spiritual entities of similar nature that strengthen the evil or good.

There are the good forces that keep working hard to transform the evil thoughts and desires of individuals but will not interfere in the ‘Freewill’ of the people. Nothing is by chance and behind every physical act there is always the unseen one, the spiritual one. For example thoughts, and emotions/desires have their origin in the unseen spiritual world of thoughts, and emotions/desires.

As soon as a thought (good or bad) is generated by a person, it reflects in the vast spiritual world of thought (a place where all ideas come from and composed of uncountable number of spiritual entities).

This thought is energized and sent back to the one who generated it and has the capacity to influence other people, depending on their nature, in various ways. As it becomes stronger, it will seek to impel action through the brains and the nerves with added energy from the impact of the emotional/desire nature.

This is against the incontrovertible fact that leaders are required to lead people to achieve a decent, quality and happy life. They do this on behalf of God whose workers are the hosts of spiritual beings including humanity itself.

At every point in time, a particular person or group of people emerge to lead the people. It is not coincidental. When the decision is made in the spiritual world for a change of government and the leaders use physical means to obstruct, then the emotions/desires of the people are let loose to overwhelm their thoughts – reason flies through the window and emotions enter by the door.

The individual (s) who obstructs the divine plan for that territory has incurred a personal or a collective spiritual debt that must be expiated alive or after death. The effect of barricading God’s plan is unpleasant; natural disasters, defiance, public outrage, looting, fighting, wars, etc. are examples of how the change is eventually made. The spiritual beings make sure the people of that country learn a painful lesson in order to purge themselves. Which way, the elders and leaders of Ghana?