What Most People Do Not Know About Easter 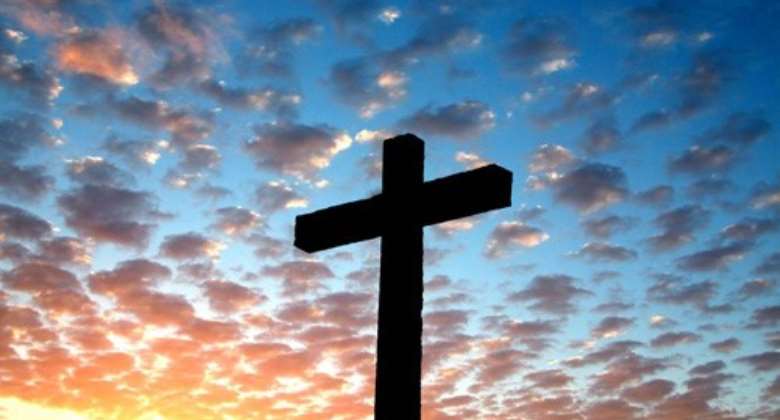 Many people know or have heard of the story that over 2000 years ago, there lived on earth an individual called Jesus Christ who was crucified on the cross at Golgotha by the Jews. His followers who are called Christians instituted certain events and rites in commemoration of his birth, death, resurrection and ascension to heaven. Even as his devotees have no consensus on the veracity of the phases of his life (especially his birth on a wintry Christmas Day whilst shepherds watched their flocks grazing in the night), generally, they all agree on his death except the backslider. Their disagreement and even agreement is on the historical or theological Jesus Christ. If they should know and look deeper they would have seen that Christmas and Easter are not fashioned along the personality of Jesus Christ but the exceptional annual cosmic event in which the Christ Spirit descends into the Earth Planet and ascends to the home of the Father.

The Bible has been originally written (prior to the translation) by highly spiritual people in a manner such that the unenlightened person runs the risk of taking its shadow for its substance. To start with, the Christ never belonged to the human race but is the highest developed being among the class of Archangels who are above the Angels, just as the Angels are above the human race. He is the second aspect of the God of our solar system and can NEVER BE BORN by any human being. Jesus, as holy as he is, belongs to the human race. His parents, Joseph and Mary were not ordinary but very developed spiritual people. They made the great sacrifice to provide the physical condition for the birth of Jesus. At a certain height of spiritual development, celibacy becomes the norm and very developed people had no need to go through the natural process of conception and birth. They can materialize another physical body and continue to live. But for the sake of humanity, the Immaculate Conception took place and Jesus was born. He had a singular mission – to make his body available for the Christ Spirit to use and have entry into the Earth Planet in order to save the planet and humanity.

Hitherto, the low desires and wickedness of humanity has enveloped the spiritual atmosphere of the planet like a dark cloud. The low desires are exemplified by adultery, fornication, uncleanness, lasciviousness, idolatry, witchcraft, hatred, wrath, strife, envying, murders, drunkenness, and reveling. The natural order is to gather the wrongdoers to the equator and together with the portion of the planet that they have crystallised, be thrown off by centrifugal force to become a satellite orbiting the parent planet. This situation prevails until the backward spirits in those bodies (people) live aright to return to the parent planet or fail to do so and be sent back to Chaos, the primordial source. The earth was to suffer such a second destruction hence the call in heaven, ‘Whom shall I send, and who will go for us? Then said I, Here am I; send me (Isaiah 6:8).

Our Lord Jesus was prepared for his mission by the Essenes in the Wilderness of the Dead Sea just like John the Baptist who served as his forerunner. At the Baptism, the spirit of Jesus relinquished his body for the Christ Spirit to take over. This is not possession in which an opportunistic entity diabolically seizes control of the body of a victim without permission. Our Lord Jesus knew his mission in life and willingly fulfilled it for the sake of humanity. By so doing, he assumed the compound name, Jesus Christ. The Christ Spirit functioned in the body of Jesus for 3 years and on Golgotha, when the spear pierced His side, and the blood flowed, He had entry into the Earth Planet. From there, the Christ cleared the dark spiritual atmosphere surrounding the planet to give humanity a fresh start. He became the indwelling spirit of the planet whose spiritual body has enveloped the globe, holding it in space and orbit. Part of Him (like ether) is in everything that humanity takes; food, drink, breathe, etc. It is written in John 6:53 that, ‘Then Jesus said unto them, Verily, verily, I say unto you, Except ye eat the flesh of the Son of man, and drink his blood, ye have no life in you.’ He continues to give humanity a new impetus to love, to forgive, to offer selfless service and be kind one to another.

As already said, the Christ Spirit is from the home of the Father and the spiritual people who know this fact, arranged the calendar of the world including religious rites to correspond to the big cosmic events in the lives of the Seven Spirits before the Throne including the Earth Planet. In actual fact, the crucifixion and resurrection mark the annual ascent of the Christ Spirit from the Earth back to the home of the Father. His journey to earth actually begins by September 21 and touches the planet by December 25. He stays for 3 days and begins to ascend which is completed by the first Friday after/during full moon. This is the cosmic crossover which is denoted by the Jewish festival of Nisan in March/April to mark the beginning of the year in the Gregorian calendar. There are two crossovers each year; one leading to Christmas and the other leading to Easter.

The wise or spiritual people can behold the star of the Christ when it is descending especially in December. They know that the physical manifestation of the Christ is the Sun and the Father is behind the Sun just as the spirit is unseen in the body of a human being. They denote the crossover by the movement of the sun. By March (after the Spring Equinox) the sun crosses the equator, towards the northern hemisphere and by September, crosses again to the southern hemisphere. The physical sun sustains life activities of humanity, and without it nothing can live. Winter will have doused the life out of people in the northern part of the planet whilst severe weather conditions will have burnt out life in the southern part. How much more without the Spiritual Sun?

Easter marks the liberation of the Christ Spirit from the limiting environment of the earth, after He descended in December to reenergize it in order to give humanity more impetus to pursue higher desires of love, joy, peace, longsuffering, gentleness, goodness, faith, meekness, and temperance. This annual sacrifice has been going on for many years at a great cost to the Christ Spirit. It is the responsibility of humanity to develop spiritually, to build the spiritual body that is required to keep the planet spinning in space. Our good deeds will eventually free the Christ Spirit from this annual sacrifice. As said in Roman 8:22-23, ‘For we know that the whole creation groaneth and travaileth in pain together until now. And not only they, but ourselves also, which have the firstfruits of the Spirit, even we ourselves groan within ourselves, waiting for the adoption, to wit, the redemption of our body.’

For those who may want to know, Jesus resurrected with a spiritualized physical body having overcome the four elements, known as INRI which are the Jewish alphabets (Iam, Nour, Ruach, Iabeshah) for water, fire, air and earth. For whatever reason, it is translated in English as ‘Jesus, King of the Jews’. At such an advanced spiritual stage, our Lord Jesus has the authority to materialize flesh and also dematerialised it. This type of body is splendid and defies all physical scientific laws. It can go through anything, air, fire, water, solids, darkness, and so on. Importantly, death has no power over it. Our Lord Jesus is still alive and functioning in the spiritual worlds, guiding humanity especially those who are more faith-based than mentally-inclined, to do good and live the chaste and loving life.

The earth will one day be transformed into its spiritual body where gravity, water, air, physical food, parties, marriages, stock exchanges, cars and buildings, and even death will no longer exist. It is those who live by (not those who profess) the teachings and principles of Jesus Christ, of selfless service, purity, love and sacrifice who can be with the Lord on His final return to establish the Kingdom of Heaven. They by their service to humanity, will be privileged to be born again in the ‘soma psuchicon’, the spiritual body which will be used by God’s people in the future.