Why Blame God Or The Devil For The Global Coronavirus Shut Down? 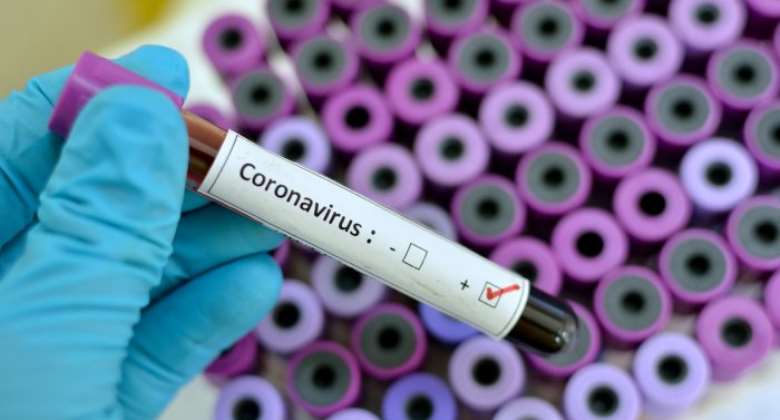 As the world becomes overwhelmed, there are many people who have either questioned or wondered why God should allow the Coronavirus to attack His children on Earth. There are others who so believe in the Saving Grace and the death of Jesus Christ, that they would rather prefer blaming the devil for the pandemic. Of course they would want to avoid what is called in Psychology, ‘Cognitive Dissonance’.

We all have need to know that mankind is a co-worker in the vineyard of the Creator of our Solar System and more importantly, the Earth Planet on which we live. For those who espouse the Christian Faith, the following quotations in the creation story of the Bible (if well understood) will throw some lights on the issue; Gen.1-26, God said, “Let Us make man in Our image, after Our likeness, to rule over the fish of the sea and the birds of the air, over the livestock, and over all the earth ...Gen; 1-36, ‘And God saw everything that he had made, and, behold, it was very good. And the evening and the morning were the sixth day’. Gen: 2-2. ‘And on the seventh day God ended his work which he had made; and he rested on the seventh day from all his work which he had made’. Gen:3-22, ‘ Then the LORD God said, “Behold, the man has become like one of Us, knowing good and evil. And now, lest he reach out his hand and take also from the tree of life, and eat, and live forever...”

The ultimate in the spiritual journey of man is for the Spirit to become perfect like God and the Hosts of Intelligences that created him. All the resources needed by man for this purpose were provided by the 6th Day of creation. This is to say that every individual has spirit, body and soul with the mind as the link between the body and the spirit. Through the mind the Spirit directs or is conscious of its activities in the physical and spiritual worlds and vice versa. Importantly, God gave man Freewill for which reason God would not interfere in the choice and actions of Adam and Eve. But Freewill must be exercised in accordance with the Laws of the Creator. It behooves everybody to strive to know the Laws of Nature which hold together and sustain the physical and spiritual worlds. When talking about spiritual worlds nobody should think that anything that cannot be seen automatically implies ‘spiritual’. There are variations of the spiritual worlds, each having its distinct characteristics. For instance, the world of ethers is different from the world of thoughts where ideas and reason originate. In God’s Kingdom, failure to know the Laws of Nature is no excuse and the ignorant exercise of Freewill is no justification for a pardon. Please do not tell me about the death of Jesus Christ and the Pardon. He came and died not for the individual but to clean the murky spiritual clouds surrounding the Earth Planet which was created by humanity. Despite the collective benefit to mankind, each individual must work out his own salvation. This ‘no-excuse’ is amply demonstrated in the immutable teaching in Galatians 6:7 that ‘Be not deceived; God is not mocked: for whatsoever a man soweth, that shall he also reap’.

In the spiritual world, thoughts are things. So when a man thinks evil or good, he generates a force that travels in that particular spiritual world and gathers materials of similar nature (reinforced) and eventually, returns to the sender who generated the thought in the first place. Evil thoughts for example, are like dark arrows/clouds (as seen by true spiritualists but not the musings of mundane religious leaders) which retard the vibration of the Earth Planet and humanity in general. Science tells us that at the equator, the speed of Earth's spin is about 1,000 miles per hour (1,600 km per hour). We are also told that the Earth behaves like a gigantic electric circuit. Its electromagnetic field surrounds and protects all living things. The Earth has a natural frequency pulsation of 7.83 hertz on the average but it has been observed that this figure has increased in recent years, now in the region of 15 to 25Hz.

If only humanity could see the effects of its negative thoughts, desires, wishes, words and actions, all this nonsense and instant attribution to a certain negative power somewhere would have toned down. So, the thought as generated eventually gathers very, very minute materials and since it has been energized by other invisible forces, it eventually discharges against the spiritual body of any individual (of similar negativity and vulnerable spiritual vibration) and thereby entering the physical body through the ethers. As with diseases, one of the first things the intruding force does is to change the chemistry of a normal cell through the creation of a toxin which is called in science as ‘virus’. It is a pseudo cell that has a different DNA structure and can only function when it has access into a normal cell. When the spiritual world becomes saturated with the negativity of mankind, the laws of nature require that there should be collective repercussion and the Coronaviruss is teaching humanity a lesson - Transform by using Materiality to promote Love and Spirituality. Humanity first created the Coronavirus in the invisible world through acts of hatred, jealousy, greed, selfishness, pride, ignorance, debased materiality, wickedness, wrong desires, reckless destruction and misuse of resources of the Earth Planet, and above all, neglect of the spirituality of man.

That the Coronavirus is on the attack roughly one hundred years after the 1st and 2nd World Wars shows humanity is getting and doing something wrong. Nonetheless, it will pass us by but the effects will be severe. If we all learn the lessons and raise our spiritual vibrations by working as co-workers in the vine-yard of God then we will have our heaven on earth here and now. There will be no diseases nor death because we shall be more ethereal - like Angels. This we can do if we go by Gal. 5: 22-23 - ‘But the fruit of the Spirit is love, joy, peace, forbearance, kindness, goodness, faithfulness, gentleness and self-control. Against such things there is no law’.