How The Streets Will Settle The 2020 Electoral Disputes If… 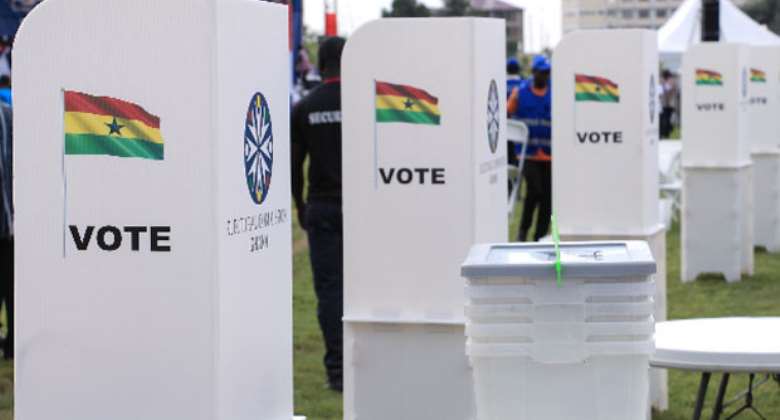 Who doesn’t like the streets? Who doesn’t use the streets? We all do but little do we reflect on its significant role in world events, to make and unmake. Often, we use the street to enhance our economic and social relationships. It is a lovely place to reduce stress and promote good company. When Martin Luther King (1963) uttered the profound words of ‘I have a Dream’ and the Million Man March on Washington DC (1995) took place, it was the street that provided the space. Good as it is, the street can also be used to facilitate vices, lawlessness and breed hardened criminals and gangsters. Nonetheless democratic constitutions all over the world allow for the exercise of civil rights. No one expects the drafters of those constitutions to have in mind that the place for the exercise of those rights of association, movement, and expression and so on, will be done in the air. It is no other place but the streets. So the street is a nice piece of space, neutral and will not hesitate to serve the purpose for which anybody wants to put it.

Something wonderful is unfolding after the 2020 elections of Ghana. For the first time in the 4th Republican Dispensation, one contesting party, the National Democratic Congress (NDC) rejected the results as declared by the Electoral Commissioner, Jean Mensa. Prior to the elections on December 7th there were series of disagreements between the EC and the NDC. The EC prevailed with reference to its bestowed constitutional mandate and authority. At the end of its work, what was the declared result on 9th December 2020? President Akufo Addo was re-elected after polling 6,730,413 votes representing 51.59% of the total vote cast as against John Mahama who garnered 6,214,889 votes representing 43.36%.

The declared result was statistically hampared so on 10th Dec. 2020 the EC issued a statement that refreshed the result thus, “The chairperson of the Electoral Commission inadvertently used 13,433,573 as the total valid votes cast. The total valid votes cast is 13,119,460”. Strangely, the statement mentioned that there was no change in the percentages stated for each candidate in the declaration. The opposition party rejected the result on grounds that it included, padding and disparity of figures as compiled from the constituency level to the regional level and from the regional level to the national level. It also alleged ballot stuffing and snatching in favour of the declared winner.

Ever since the opposition rejected the result there hangs over the country an atmosphere of tension. It is important to depressurise the tension. In this regard, various schools of thought emerged as to what should be done, especially by the opposition.

The ‘Go to Court’ Advocates

Over the past one week personalities including President of the National House of Chiefs Ogyeahoho Yaw Gyebi II, Prof. Ransford Gyampo, Mr Kofi Bentil, Lawyer Alfred Tuah Yeboah President of the Bono Regional Branch of Ghana Bar Association, and Abdul Malik Kweku Baako pushed this option. They urged the NDC to gather evidence to support their case and go to court for a determination. This approach is a straight-jacket and mechanistic way of managing a fluid situation that speaks to the sovereign will of the power. There is nowhere in the 1992 Constitution as much as I am aware, that states that the sovereign will of the people is determinable by any institution or person. This is a conflict situation and the resort to court action should not be the first option. In the Ivory Coast, a similar approach was adopted and it failed miserably. The Constitutional Council (2011) ruled in favour of Laurent Gbagbo against the will of the people. It developed into civil war and eventually, Allassane Ouatarra who was the people’s choice, was sworn-in as the President. There are serious disadvantages in using the court as the first point of recourse in matters like this. There is no guarantee that the verdict of the court will be upheld by the masses. So if it fails what is the next available back-up for the country in resolving the issue? Of course, the verdict by a court is deemed to be binding (unless otherwise) but does the sovereign will of the people care about the law when it is being exercised by the people for themselves? Were there no courts in Europe or America yet, civil actions and even riots effected major changes? On a lighter note, God gave us injunctions but how readily do we go by them? The court, in case its verdict was unacceptable to the masses would have lost credibility before the sovereign will of the people.

It makes no harm if the matter is considered from the perspective of the opposition party to see if going to court is a priority in face of other constitutional rights. Of course the NDC lost several court cases against the EC and would not feel encouraged to immediately go to court without scientific and verifiable facts and figures. Imagine a situation where a cow that is familiar with the provisions under which animals were to be slaughtered, alleged that the butcher wanted to slaughter it in his house under disallowable conditions. It saw this breach as an opportunity for freedom only to be told to go to the head butcher at the slaughter house for a decision. The cow would be hesitant because there is the likelihood that the decision will be for it (the cow) to be brought to a designated slaughter facility where enabling conditions exist to facilitate its death. Indeed, the NDC will have to gather water-tight evidence, facts and figures and prove it was disadvantaged by the declaration or the declaration was tainted with errors that rendered it null and void. In addition, it should observe all protocols and procedures in order to avoid a technical blunder that can lead to the ejection of its case without hearing. The hope is that because it is an election dispute, technicalities will not be a determining factor. Going to court is really not an easy choice.

2. The ‘Let There be Peace’ Advocates

There are two views in this school of thought. The first one says that since the elections have ended, the losing party should let matters rest and allow peace to prevail in the interest of the well-being and livelihood of Ghanaians. The second view encourages the NDC to seek legal redress and cease to undertake any further actions including protests on the streets and inflammatory comments.

The proposal of this school of thought is largely based on appeal and does not seek alignment with the complaints of the opposition party. The proposal is analogous to a situation where two persons are going on a final 100m race, and the rule says that the referee will buy the shoes for them. The referee brings two pairs of size ‘40’ and as one competitor complains that he wears size ‘44’, the referee says, ‘Ah! I’m sorry for the oversight. But the shoes were bought already. In the interest of the competition, wear yours?’ Undoubtedly, this appeal is not founded on the value systems of fairness, equity, and justice. Similarly, the second view that seeks to link court action and peace is in apposition to freedoms and rights as spelt out in the 1992 Constitution. Yes, the constitution provides for legal redress in quest of justice but it also enjoins citizens to use every means possible to assert their rights and responsibilities including the defence of the injunctions of the constitution. The manner in which these rights and responsibilities can be exercised is further expounded in laws. As of now, there is no law that bars citizens from exercising their rights on a matter that is yet to go to court or before the court. The rights of citizens are inalienable.

How did we get here?

The stance and posture of EC was a major contributory factor that birthed the current volatile situation. Matters of elections are very delicate because it is the means by which the will of the citizens are honoured. Hence, inclusive stakeholder participation, transparency and consensus building throughout the process is paramount. Whilst EC was at it, there were several complaints and even court action by the NDC to no avail. It is important to stress that third party stakeholders also distanced themselves with the pronouncement that nobody should interfere in EC’s mandated work. But the output of ECs work is not for EC but all interested parties including those who felt marginalized and became suspicious even before the elections. The post-election reports of the EU Delegation showed that the collation system, where it matters most, was not transparent and professionally handled. And this could lead to rigging of an election. Special reference should be made to the third line of the reporting system (which is from the regional level to national level). It was lately introduced by EC and alien to the reporting system that the country used successfully over the years. The NDC alleged the discrepancy including padding of figures originated at this level.

What should be done?

There are options even before the court action is considered.

Audit of Election Results: It is important that the election results are audited to establish the facts. Our electoral laws provide, in addition to EC, for each party to have copies of the source document or record of the elections at the polling center which is known as the pinksheets. Experts can be engaged to do the statistical work. Once the facts and figures have been reconciled or established, stakeholders can negotiate the best way to reduce the tension in the country.

Legal Redress: The court is the final arbiter but it cannot rule on a matter which is not brought to it. As regards the sovereignty of the State, its rulings have consequences because the sovereignty of the State is with the people. Elections in Africa are full of emotions, sentiments and so on. The court’s decision cannot be predicted and drawing from the Ivorian example, there is no guarantee that generally, the people will abide by the ruling. So if that last line of defence is breached by the sovereign will of the people, then the streets will take over to settle the matter. That will be chaos and the shiny democratic light of Ghana in Africa will likely go dim.

There may not even be the need to take the electoral dispute to court if all stakeholders are of good herat and can agree to sort out their differences. The demand is on leadership to explore ways that will enable the creation of a win-win situation as far as practicable. Nonetheless, the pinksheets matter in formally settling the dispute. Every step should be based on the principles of transparency, facts and figures, and what works to unite Ghana.

But in the statement issued and signed by urged all political actors and their parties’ supporters “to desist from acts that amount to incitement of some sections of the public”.