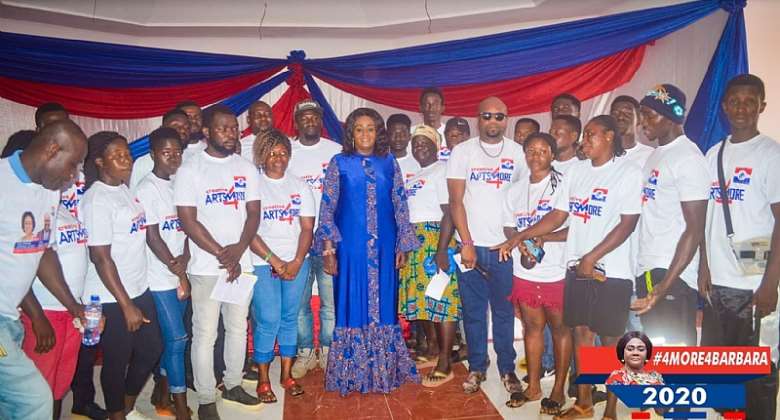 The Minister of Tourism, Arts and Culture, Hon. Barbara Oteng-Gyasi has donated film equipment to creative arts practitioners at Prestea Huni-valley constituency in the western region.

Handing over the ultra modern items to beneficiaries in a brief ceremony held at Bogoso on Friday, December 4, the minister urged them to use the long value chain film industry to portray the beautiful diverse culture of Ghana to boost tourism which will rake in foreign exchange for the country.

The minister who doubles as Member of Parliament for the area, reiterated the commitment of the government of the NPP to strengthen and develop the film industry to fight against the influx of soap operas on Ghanaian TV to pave way for local content to make the local film industry globally competitive.

She assured the practitioners that, the creative industry bill will soon be passed by Parliament, and the Act will establish the Creative Arts Fund and an agency to promote the industry in order to assist government to create an enabling environment through which direct and indirect support for industry practitioners can be channelled.

On behalf of the beneficiaries, the national president and public relations officer of the Film Producers Association of Ghana (FiPAG), James Aboagye and Mawuli Peter Ekpe expressed appreciation to the minister for the kind gesture.