Choosing Between An 'Armed robber' And A 'Thief' 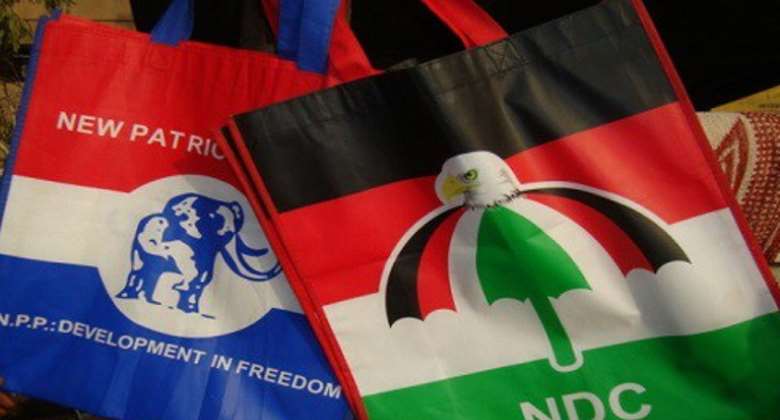 For the past two years, NPP and NDC campaign focused on accussations and allegations of corruption against each other. Even in less than 50 hours to December 7, 2020, the loudest drum and tune sings nothing different from bribery and corruption.

For the first time since 1992, the manifesto policies of the two major political parties have been drummed out by the fireside story of who is more corrupt in the race to the Flagstaff House. I.e, Nana Addo Dankwa Akufo Addo and John Dramani Mahama.

Any corruption allegation leveled against one candidate, solicits equal measure of equalisation and/or the other candidate's degree or level of corruption. It is either a reference to current corrupt activities of the Akufo Addo led government or John Mahama led past administration.

Documents, photos, and videos stamped with FAKE!! have become so common on our social media and mainstream media to the extent that, the true meaning of the word, FAKE is lost on the average Ghanaian. The original of such documents have become like salt in a soup. The Ghanaian is cajoled to feel the original but not allowed to see it to enable him/her to make informed decision.

As a result, the Ghanaian over time has grown not to be sure of even his/her own image, photo, video, or mirror reflection as original or fake. Unless he/she receives majority authentication from viewers and followers.

Based on my perfunctory research, the voter is more confused in the year 2020 than any other election year. This is because, the voter has been denied quality campaign, lucid political debates, lectures, and media talk shows on the key pointers in the manifestos of the political parties to inform the voter on Dec 7.

The over zealousness by the two major party communicators to out do in proving which candidate is more corrupt has developed apathy in most swing voters. "There is nothing to choose between these two people", "NPP and NDC are the same" "the alternative is as the same" etc have become the cliché on their lips. As Dr. Steve Manteaw stated, the voter in 2020 is torn between voting for an armed robber and a thief. The style of campaign by the two major political parties rightly created this impression.

All research findings so far published and yet to be published have 7% to 10% undecided voters. In numbers, these undecided voters may be above 1.6 million to 2 million. This group indeed are the deciders of who wins on Dec 7, 2020 elections. In the absence of this group refusing to vote on Dec. 7, the major political party that is able to mobilise its base/core supporters' and first time voters to vote, will carry the day.

However, within 52 hours, the party that can send the right and targeted message to the 10% undecided audience may be able to scoop some numbers.

But for the rural folks and the majority in lower brackets of society, they will vote for policies that have the potential to lift them out of poverty. Corruption allegations have never been one of their considerations in choosing their presidents.