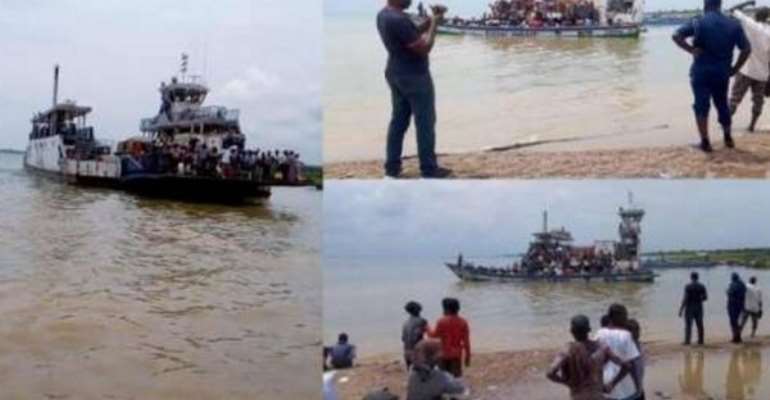 The pontoon that ferries cargo and passengers across the Oti River at Dambai, in the Krachi East Municipality has suddenly broken down.

Mr Samuel Addo, Station Officer, told the Ghana News Agency (GNA) that the vessel had developed an engine problem and arrangements had been made to temporarily assist passengers and cargo to cross.

He said a vessel of the Volta Lake has been dispatched from Akosombo to Dambai for the crossing of the stranded commuters.

He said some experts had also been sent by the Volta River Authority (VRA) from Akosombo to assist repair the fault.

Mr Bawa Alhassan, driver from Kpandai in the Northern Region who has spent four days at the Riverbank, called on the government to build a bridge on River Oti to aid their movement.

Some travellers crossing River Oti from the Northern Region towards the Greater Accra Region had called off their plans for the challenge.

The Ghana News Agency (GNA) observed the growing frustration among dozens of passengers including drivers and traders among others.

Inside Politics: Political Quotes
Catch up with all the political quotes from our politicians.
Sponsored
More Headlines
Modern Ghana Links
Rawlings came through for me in my difficult moments as President – Akufo-Addo
Rawlings' family accepts Akufo-Addo’s proposal to rename UDS-Tamale after him
The eight years of tension between Rawlings and I ceased in 2012 – Akufo-Addo reveals
Rawlings will have positive verdict in Ghana’s history – Akufo-Addo
[Full text] Akufo-Addo’s tribute to Jerry John Rawlings
History will be kind to Rawlings – Akufo-Addo
You helped make women's rights a reality – Konadu's tribute to husband
Gov't to name UDS after Rawlings despite his rejection
Rawlings to be buried today
Election Reports Quotes Dossiers
TOP STORIES

Rawlings came through for me in my difficult moments as Pres...
30 minutes ago